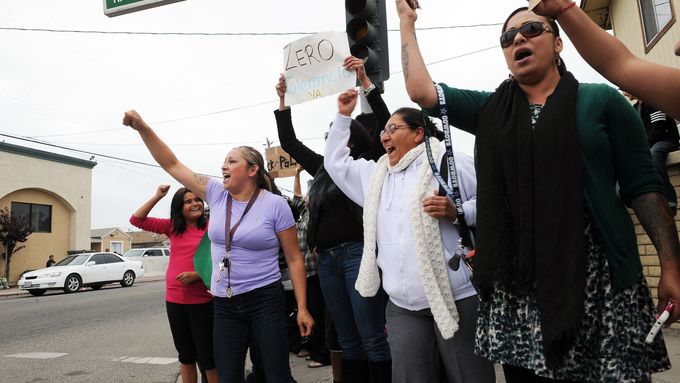 Bay Area groups are offering $500,000 for ideas to inject more empathy into communities.

Salinas can use a strong dose of empathy as it tries to heal following three police-involved fatal shootings and the community outrage and rioting they precipitated.

The David and Lucile Packard Foundation and Ashoka Changemakers have launched an online competition in search of initiatives that cultivate empathy skills aimed at strengthening communities while building leadership skills in young people.

The grant competition is called “Building Vibrant Communities: Activating Empathy to Create Change.” A total of $500,000 will be awarded for up to six proposals to be showcased at the Packard Foundation’s 50th anniversary celebration.

I am a former cop, but I am also an advocate for progressive criminal justice reform. This puts me in a unique position with the recent high profile cases in Ferguson and New York. Many social activists have used these cases as poster-children for raci…

“It just opens the door to another level of immersion outside of just traditional filmmaking and just creates another level of sympathy as well, and empathy for the viewer,” said Jared Vladich, visual effects producer at The Mill.For filmma…

Empathy, the ability to actively understand and share the feelings of others, is the hot new thing. As if each of us doesn’t have enough discomfort in our lives, it’s now incumbent on us to take on others’ in order to make us better -…

Philosophy of archaeology has been developing as one of the most essential branches of theory. Empathy and evolution as problems of research add the discussion of searching for answer of the following question, for instanc…