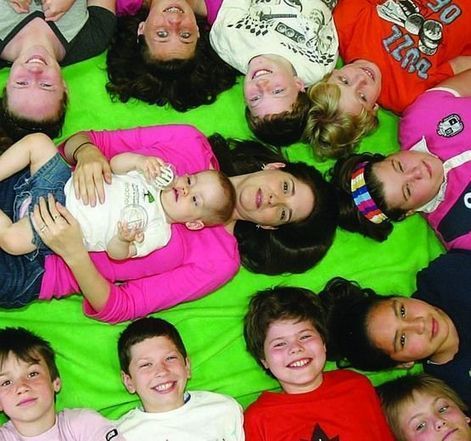 When she was four months old, Baby Abigale, accompanied by her mother, started making visits to the classroom. It’s part of Roots of Empathy, a program that emerged out of Toronto in 1996, created by educator and author Mary Gordon.

Since its inception, the program has spread throughout North America, crossing the Atlantic to the United Kingdom and Europe, and reaching as far as New Zealand.

On May 21, the students celebrated Baby Abigale’s first birthday and wrapped up the program by extending their wishes for her future.

Marcie Thurlby is the Roots of Empathy instructor who facilitated the program with the class at John XXIII Catholic School. It was her first year getting involved.

Scarlett Lewis, whose 6-year-old son was among the 20 children murdered in the Sandy Hook school massacre, told educators in Seattle on Tuesday that one key to better schools is compassion.“It took a lifetime of anger and frustration and loneline…

I grew up selfish.  Everyone in my family was selfish and competitive so it seemed normal for me and everyone else in my life to operate in this manner. I didn’t know what else to do even though I was often discontent. My attitude since then …

This book challenges the existing paradigm of capitalism by providing scientific evidence and empirical data that empathy is the most important organizing mechanism. The book is unique in that it provides a comprehensive review of the transformational …

During this volatile political season I think a conversation about empathy is a good one for all of us to have — in our homes, in our workplaces and, most importantly, with ourselves. Mr Khan said repeatedly in the interview I watched t…