Home » News » Roman Krznaric And The Besieged Idea Of Empathy 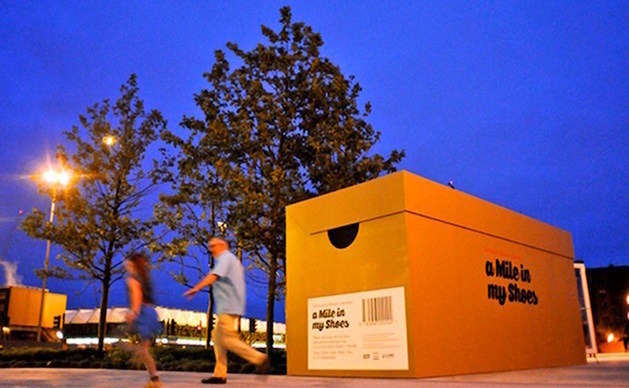 Krznaric is in Australia this week, the country where he spent a portion of his youth, to make the case for an idea under attack on multiple fronts. Krznaric is here to talk about empathy.

Empathy might not seem like it needs much defending, but in recent years a concerted and compelling argument has been made against placing it at the heart of our politics and moral reasoning. In public talks and the pages of the US press, Professor of Psychology and Cognitive Science Paul Bloom has been building that case, which he says inspires others to react as though they’ve just been told the Yale professor hates kittens.

These issues aside, the new results are consistent with, and add to, past research that’s shown people’s neural empathic responses are diminished when witnessing pain endured by someone they dislike, or someone from a different social group…

Can a dog empathize with human emotion? According to researchers, they are one of the few species that can express empathy, and thanks to Dr. Brian Hare it’s possible to discover more of what’s hiding behind your dog’s puppy eyes.&nbs…

Empathy, particularly for those who live in states that initiate war, often does not extend beyond their own national boundaries. Yet empathy, more than just a feeling, can be a powerfully positive force for change. This course will show how it draws u…

Police cultivate a good relationship with the public they serve; could this also work between COs and inmates?There are plenty of ways to go about this, but one idea worth considering is promoting a culture based on an empathetic police model of servic…