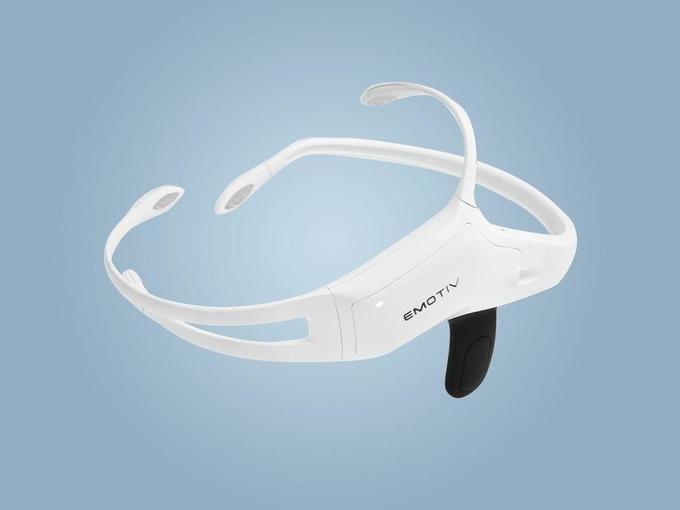 Imagine a world where all your thoughts and feelings were being mapped. Where the pleasure and pain responses in your brain were noted. Where you could control objects using only your mind.  This is reality for Emotiv. The futuristic company sells wearable technology for the brain – portable, lightweight brain scanner headsets with sensors positioned around your scalp – from $300 (£200).

Jim Manske’s insight:
I think I will get one of these! And give it to Jori! I have always wished she could could read my mind…
Actually, very inspired by this tech and how it could support people who are inhibited from communicating with clarity because of some sort of physical problem like Lou Gehrig’s disease, ALS.
My grandmother died of ALS, and I know how much she would have loved to turn the pages of the books she so enjoyed reading rather than relying on others to do that for her. The possibilities for tech like this seem almost endless…

The secret to lasting happiness might be neatly summed up in a cheesy neuroscience joke: “The neurons that fire together, wire together.” “It’s a classic saying, and it’s widely accepted because it’s very true,” neuropsychologist…

“Think positive!”   If you’re like me, having someone say this to you mostly makes you want to roll your eyes and groan. After all, what’s the point of thinking positive? Are rosy thoughts full of unicorns and sunshine rea… 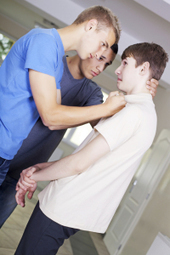 Two teenage boys bullying their classmate in school hall.
Bullying has been a favorite media topic since 2011 when President Obama launched his anti-bullying campaign. But too often, the media’s reports on bullying are just plain wrong, according to Dorothy Espelage, PhD.

“It’s not grounded in science or evidence,” she said at a Friday plenary address on the topic at APA’s Annual Convention.

Espelage, a professor at the University of Illinois-Urbana-Champaign, who for 20 years has conducted research on bullying, homophobic teasing, sexual harassment, dating violence and gang violence, listed seven the myths the media are irresponsibly reporting:

Myth #1: Bullying is an epidemic. Wrong. Bullying rates vary from school to school and some kids go to schools where there is no bullying.

Myth #2: Bullying is linked to suicide. No, it’s just one of many predictors of suicide.

Myth #4: Bullies need to be punished –- the idea of “zero tolerance.” That doesn’t work, she said, because it ignores that bullying is a group phenomenon that starts around fifth grade.

Myth #6: Bullying is “hard-wired” in youth. Really wrong -– it’s malleable and it’s environment that matters when it comes to bullying.

The fact Espelage wishes more people would realize is that 1 out of 3 boys and 1 out 5 girls engage homophobic teasing –- name calling or phrases like, “That’s so gay.” It emerges in middle school, but often teachers don’t address it. The result? “We are setting the groundwork for sexual harassment in our schools,” Espelage said.

Jim Manske’s insight:
Myth # 8: Bullies are creeps. As far as I can tell, those who sometimes display “bullying behavior” are fully human beings, and thus their natural state is compassion. Those we label bullies need empathy too, and our honesty. What might the world be like if 5th graders received Nonviolent Communication support as the social pressures for conformity build, so that all can learn skills of self-compassion, empathy and honesty?

Simon Baron-Cohen’s new book describes empathy and evil. Evil comes from empathy erosion and “turning people into objects.” He gives graphic examples of this kind of evil throughout the book, from sadistic cruelty by soldiers in the Democratic Republi…