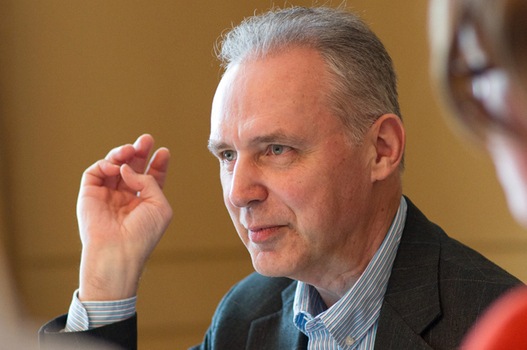 It shouldn’t come as a surprise, then, to find that the concept of empathy has lost considerable favor among conservatives since 2012 (although, to be fair, it was never their top priority).

But while we’ve seen rants in Breitbart or the New York Post about the folly of empathy, we hadn’t seen the argument put forward much by a more learned member of the conservative movement. And this is where “The Pity Party: A Mean-Spirited Diatribe Against Liberal Compassion,” a new book from the conservative author and Claremont Review of Books editor William Voegeli, comes in.

In order to hear why “no compassion” should be treated as a political mantra (and not just a great Talking Heads song), Salon recently spoke with Voegeli over the phone. Our conversation is below and has been edited for clarity and length.

What’s hard about giving yourself a little self-compassion? Here are 4 mythical beliefs that get in your way.   The curious paradox is that when I accept myself as I am, then I can change. ~ Carl Rogers I was privileged to spend a day last week a…

There is a quiet revolution going on in the criminal justice system. In courtrooms and in prisons, the latest crime-fighting weapon is empathy. Sydney-born Roman Krznaric has conducted empathy training for some of Britain’s top judges as well…

Throughout my time reading Do Androids Dream of Electric Sheep? I caught myself thinking about the recently emerging empathy games genre , and here’s why. Empathy games are games designed not to be fun, but to let “players” walk a mile in the shoe…