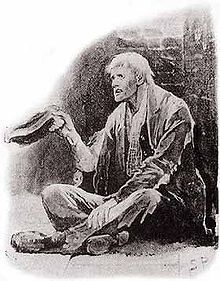 The poor are more attuned to social relations, because they have to be. Reducing the economic gap may be impossible without also addressing the gap in empathy.

A prerequisite to empathy is simply paying attention to the person in pain. In 2008, social psychologists from the University of Amsterdam and the University of California, Berkeley, studied pairs of strangers telling one another about difficulties they had been through, like a divorce or death of a loved one. The researchers found that the differential expressed itself in the playing down of suffering. The more powerful were less compassionate toward the hardships described by the less powerful.

To empower Nursery-12 teachers, students, staff and parents with the requisite tools and support necessary to foster a sustained, compassionate presence through the development and nurturing of programs that demand authentic human engagement, stimulati…

by Lindsey WeedstonWith CNN and The Today Show reporting on Schwartz’s class project, she has become a leading voice in the national conversation about the importance of teachers building trust with their students. Educators all over the country …

When people think of empathy, they tend to see it as a soft skill, full of yielding and niceness. That’s a part of empathy, but there’s a deeper and more full-bodied form of empathy that helps you engage with people when they (and…