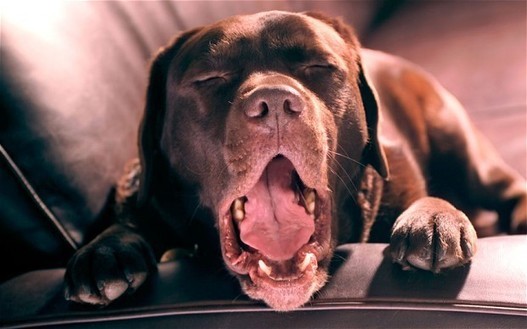 Dogs are compelled to yawn if they hear their owners do the same, a study has suggested.

Researchers claimed that dogs responded only to an audio cue such as a yawn even if they didn’t see the action taking place. The study found this was particularly noticeable when the dogs were listening to the yawns of people they knew.

Scientists suggested the findings, presented at the National Ethology Congress in Lisbon, showed canines had empathy to human behaviours.

“These results suggest that dogs have the capacity to empathise with humans,” said lead author Karine Silva, from the University of Porto, Portugal.

by: Karen Brown“One possibility is that biological explanation can make psychiatric symptoms seem like they’re just mechanical dysfunctions,” says Lebowitz, “and that can lead to a perception of patients as more like malfun…

While many may think that empathy is simply a pleasant emotion that has no relevance to our overall wellbeing, recent research shows that actually empathy may be one of the most significant factors in determining one’s happiness, physical health,…

Take this EQ test to determine how well you relate to other people’s emotions.A string of recent studies suggest that, apart from sociopaths, we are all hardwired with a capacity for empathy. Although we are all born with the ability to relate to other…

”It might sound simplistic, but if we really are committed to having a peaceful world, we need to train ourselves and each other in the art of peace. Each one of us can take responsibility for making this personal journey and encouraging others to do …