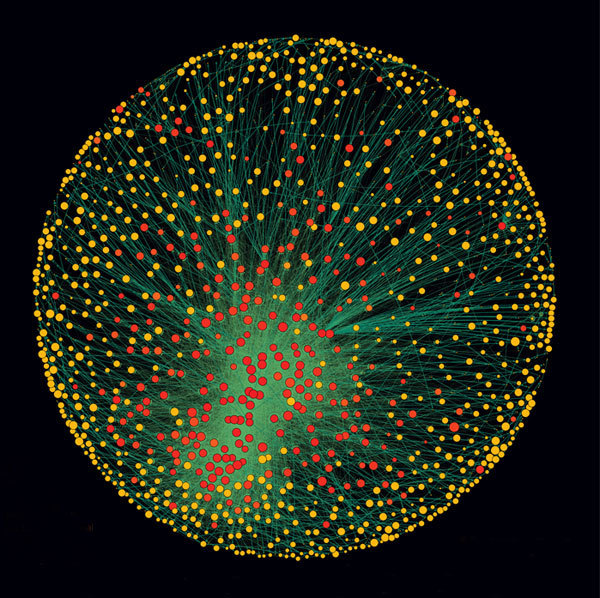 AS PROTESTS against financial power sweep the world this week, science may have confirmed the protesters’ worst fears. An analysis of the relationships between 43,000 transnational corporations has identified a relatively small group of companies, mainly banks, with disproportionate power over the global economy.

The study’s assumptions have attracted some criticism, but complex systems analysts contacted by New Scientist say it is a unique effort to untangle control in the global economy. Pushing the analysis further, they say, could help to identify ways of making global capitalism more stable.

The idea that a few bankers control a large chunk of the global economy might not seem like news to New York’s Occupy Wall Street movement and protesters elsewhere (see photo). But the study, by a trio of complex systems theorists at the Swiss Federal Institute of Technology in Zurich, is the first to go beyond ideology to empirically identify such a network of power. It combines the mathematics long used to model natural systems with comprehensive corporate data to map ownership among the world’s transnational corporations (TNCs).

“Reality is so complex, we must move away from dogma, whether it’s conspiracy theories or free-market,” says James Glattfelder. “Our analysis is reality-based.”

What is a “personal practice,” and why do we need one? By David Smithstein   So what is this thing called a “practice” that is so important? Many diverse strategies  have the capacity to bring people towards a similar …

Did you think once you got married, it would be smooth sailing and now it’s anything but?   Each one of us has two sets of lenses with which to view the world. When you choose the critical lenses, you will see all the things that are wrong with y…

Consider this statement: “I am diligent. I never give up.” If you think, “Hmm, not so much,” you might be lacking in grit, a new buzzword making rounds on the internet and in parenting circles. The statement comes fr…

Every one of us, on average, will be sleeping for 24 years in our lifetime. Still, there are many unanswered questions about sleep and how much we need of it.See it on Scoop.it, via Radical Compassion