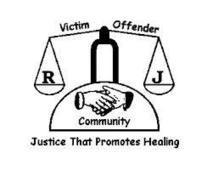 Restorative justice is a relatively newly coined school of thought in the approach to seeking justice in a crime ridden world and subsequently reducing the amount of existing crime. Van Ness & Strong (2010) purports that Johnstone and Van Ness view the term as “complex” and that it is widely seen as good but to give a definition to it is not readily available off the tongues.

Its complexity is due to its development especially in the latter years which is when it has begun to be looked at critically. In breaking up the term, restorative, from the root word restore, refers to getting something or in this case someone, back to a previous state. It is also synonymous to words such as heal, curate, renovate and repair. Justice refers to a state of fairness, being treated with equality and equity and in the process having the display of integrity, honesty and with respect. According to Zehr (2002) restorative justice is “a process to involve to the extent possible those who have a stake in a specific offense and to collectively identify and address harms needs and obligations in order to heal and put things as right as possible.”

There are numerous established practices of restorative justice all over the world. One reason for this is that the raw practice of restorative justice has been in existence long before the modern world as it was in this method that tribes and villages used to resolve matters that were deemed “criminal”. It has been in existence since the time of aborigines such as those tribes in places such as Africa, North America (including Canada), Australia, New Zealand and parts of Europe. To go beyond that, evidence of the practice in its unnamed format can be found having biblical roots (Van Ness & Zehr, 2007). Restorative justice in its current modern form is about 30 years old. The practices have transcended time to the modern world and have been proven to still work today.

Grateful people aren’t just kinder people, according to UK College of Arts & Sciences psychology Professor Nathan DeWall.   They are also less aggressive.   DeWall proves his point with five studies on gratitude as a trait and as a fleet…

1. Children will play whether they live in a suburb or a war zone. The urge is so strong that children even played in concentration camps during the Holocaust. 2. Play reflects a child’s surroundings. In the Confederate South, blac…

Impact Makers consults for the rich, and gives to the poor. Is this the future of philanthropy?   Michael Pirron is the cofounder and CEO of Impact Makers. His company is a management consulting firm much like any other, but for one extreme disti…