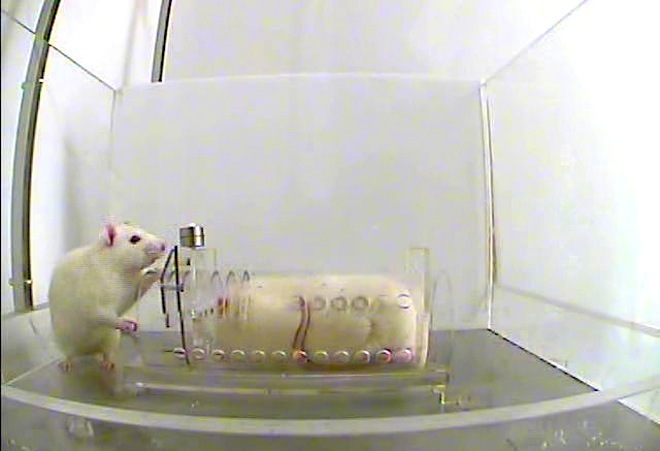 Rats may not be, well, such rats after all. In the first study of its kind, researchers show that rats engage in empathy-driven behavior, helping to free a trapped cagemate for no reward other than relieving its fellow rat’s distress. Rats chose to help each other out of traps, even when a stash of delicious chocolate chips was on the line.

Although previous research has suggested that empathy isn’t just the province of humans, this is the first study to show such pro-social behavior in rodents. Researchers say the basic understanding of empathy in lower animals could help scientists’ understand it better, and even increase it in people. “It’s a neat new experimental procedure that may facilitate the empirical understanding of empathy,” says Jaak Panksepp, a pioneer in the study of emotions in animals, who wrote a commentary that appeared alongside the new research in the journal Science.

it will take a long time and a lot of active listening and empathy to resolve it,  but history tells us again and again that can be done if there is the will. By people who can listen and empathize with one another.it will not be resolved by …

John Gibbs is a professor of developmental psychology at The Ohio State University and the author of Moral Development and Reality: Beyond the Theories of Kohlberg, Hoffman, and Haidt. John says, my interests pertain to cross-cultural sociomoral develo…

As a coach and onsite trainer in the senior housing industry, I’ve spent a lot of time dissecting and working through leads with sales professionals. I’ve come to realize that we can sometimes show a real lack of empathy towards these famil…

Every decision we make affects the way real people experience our products. We’ve all heard the rallying cry for user-centered design, but even those of us who…by Aaron Gustafson, See it on Scoop.it, via Empathy and Compassion