Home » News » Rats feel empathy for other rats, unless they’re on antidepressants 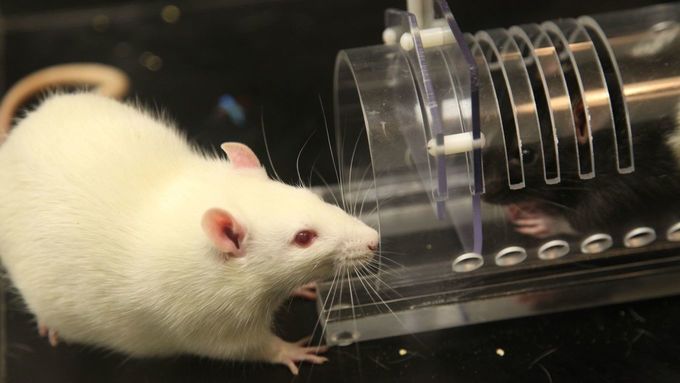 A 2011 study found that when a free rat came in contact with a rat trapped in a container, the free rat was empathically motivated to release the distressed rat from its cell. But a new study, published in Frontiers in Psychology, noted that a rat put in a similar scenario but given an anti-anxiety medication, was less likely to free its trapped peer.

Both studies were led in part by Peggy Mason, professor of neurobiology from the University of Chicago. In the most recent study, Mason discovered that rats given the antidepressant midazolam were less likely to free a fellow rat from a locked compartment, but would, however, open the same restrainer device when it contained chocolate instead. The drug dampened a test rat’s emotional connection with a distressed peer, but did not limit its physical ability to open the container if it so chose to.

Basically, the free rat acted like an self-centered, cocoa-fueled jerkwad.

Professor Lorraine Gamman focuses on the different degrees of empathy and why these are important for design.See it on Scoop.it, via Empathy and Compassion

Feeling for your friends when they’re down actually causes you pain. – “Our findings lend support to the theoretical model of empathy that explains involvement in other people’s emotions by the fact that our representation is based on the represen…

Author and empathic life coach, Jennifer Soldner notes that a sign of empathy in children can be extreme moodiness. Unfortunately, we live in a world where bullies exist online as well as on the playground. Because of this, you definitely want to …

David Einhorn is one of those Wall St. philanthropists who may fly below most people’s radar, but the Greenlight Capital founder, worth $1.2 billion, is a significant giver with an interesting, and perhaps slightly unusual philanthropic mission—&…