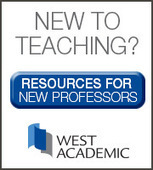 There has been a long debate in law about the role of empathy in judging, a debate that gained new prominence during and after the nomination of Justice Sonia Sotomayor.

Those who are interested in that debate may enjoy a new essay in the Boston Review by Paul Bloom titled “Against Empathy.”

There are a host of responses, with a reply by Bloom. He defines empathy as “the process of experiencing the world as others do, or at least as you think they do.” A couple of snippets:

I’ve come to realize that taking a position against empathy is like announcing that you hate kittens—a statement so outlandish it can only be a joke.

And so I’ve learned to clarify, to explain that I am not against morality, compassion, kindness, love, being a good neighbor, doing the right thing, and making the world a better place. My claim is actually the opposite: if you want to be good and do good, empathy is a poor guide.

WE ALL know the stereotype: women are better at empathy than men. Now Queensland scientists reckon they’ve proved it.After pooling data from thousands of in-depth interviews with Australians, they found women were far more likely to feel their pa…

by RICH WINKELEven from a strictly Darwinian perspective, empathy is humanity’s ace in the hole.It is the foundation of social organization, without which we would not have language, science, technology or the desire to pass these gifts on t…

Celebrating the  centenaries of the births of Tapio Wirkkala (1915–1985) and Rut Bryk (1916–1999), two influential figures in Finnish design, the Tapio Wirkkala Rut Bryk Foundation invites to participate in their third jubilee seminar …