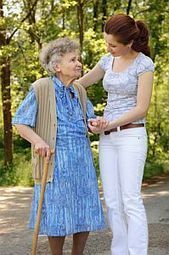 Have you ever noticed that the financially challenged are often more compassionate than individuals who are in a better socioeconomic position?

Researchers now say that emotional differences between the rich and poor, as depicted in such Charles Dickens classics as “A Christmas Carol” and “A Tale of Two Cities,” may have a scientific basis.

For the well-to-do, life’s silver spoon seems to limit exposure to hardship and the difficult challenges that are core for learning compassion and gratitude.

“Recognizing suffering is the first step to responding compassionately. The results suggest that it’s not that upper classes don’t care, it’s that they just aren’t as good at perceiving stress or anxiety,” Stellar said.

Decreased communication between emotional and executive centers may contribute   Finding a breakdown in vmPFC connections was particularly intriguing to Koenigs. Neurologists have long observed that after damage to this area, people can take on pe…

New research reveals that empathy is far from “soft,” and it plays a surprising role in predicting kids’ happiness and success. “What do kids really need to be happy and successful?”Hundreds of parents have asked me the question, and my response s…