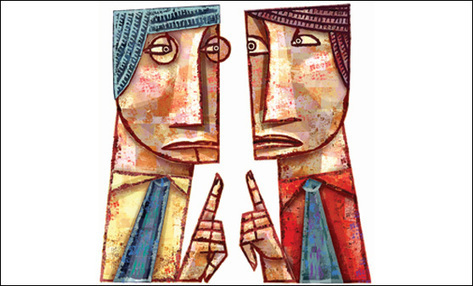 Lately I have begun to fantasize about a different kind of discourse. What if, rather than learning to demonize people who hold different views, we learned how to picture them positively and empathize with them, even if we continued to believe they were wrong? If you think of politics as war this may sound like unilateral disarmament. But I wonder: How many people do the current tactics actually persuade anyway? When ordinary folks have been angered or humiliated, do they change their minds? Or do they go back to their partisan mentors to learn the counterarguments they should have used?..

Why not tell us more about a regular conservative agenda?   Jon Ward has a typically smart report arguing that Rick Santorum is running on a compassionate conservatism 2.0. He writes: “Rick Santorum is trying to bring back a version of Geor…

by Jerry KleinThe first step in design is to “walk in the shoes of another person.” This may seem like an obvious first step, but it requires practice to step out of one’s normal tracks and look at a problem with a fres…

See how it compares with the results from our Compassionate Organizations Quiz. Are you part of an organization—whether a workplace, religious congregation, or volunteer group—where people comfort one another and lend a hand when time…