Home » News » “People Who Are Loveable Do Better”: Edgar Cahn and the Economics of Empathy 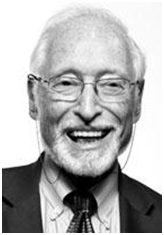 Edgar Cahn, an Ashoka Fellow, is the founder of TimeBanks and CareBanks. Founded as a way to involve communities in promoting systems of self-help, TimeBanks offers an alternative currency system to recognize and reward reciprocal contributions of service, and today operates in more than 70 countries worldwide. Considered the father of clinical legal education, Cahn is co-founder of the Antioch School of Law, the first law school in the United States to educate law students primarily through clinical training in legal services to the poor.

Ashoka recently talked to Cahn as part of an on-going series of interviews designed to explore what empathy is all about, and to uncover specific strategies for cultivating it.

If you’re taking Tylenol to numb the pain, it may also numb the pain your feel for others.According to researchers at Ohio State University, when taking acetaminophen, it’s more difficult for you to empathize with other people. In an articl…

WHY should we be concerned about Empathy? * Because Australian Teachers are noticing a distinct decline in empathy levels of students, reducing their ability to build and sustain relationships with peers and authority. This is negatively impacting beha…

Audience members’ palms sweat while they watch a tightrope walker teeter over a precipice, even as the onlookers stand on solid ground.  Friends wonder how to help each other through struggles, and customers wonder whether a used car salesma…

A growing number of professional accrediting and licensing agencies have taken these findings to heart, developing requirements that make empathy a core value and an absolute “learning objective” for all doctors. But even for the most enthu…