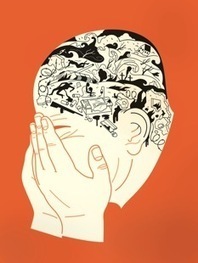 Empathy research is thriving these days. Several new books enthusiastically champion an increase in empathy as a cure for humanity’s ills. This enthusiasm may be misplaced, however.

In 2008, Karina Encarnacion, an eight year-old girl from Missouri, wrote to President-elect Barack Obama with some advice about what kind of dog he should get for his daughters. She also suggested that he enforce recycling and ban unnecessary wars. Obama wrote to thank her, and offered some advice of his own: “If you don’t already know what it means, I want you to look up the word ‘empathy’ in the dictionary. I believe we don’t have enough empathy in our world today, and it is up to your generation to change that.

This wasn’t the first time Obama had spoken up for empathy.

PANEL DISCUSSION: RESPONSES TO SCHOOL VIOLENCE AND EMPATHY TRAININGJoin the Peace Institute at CSU, Chico for a Panel discussion on empathy training and the epidemic of school shootings in the United States. For more information contact timhoff@csuchic…

Although people are slower to learn to do tasks that help other people, research participants rated as more empathic proved to be quicker learners People with a higher level of empathy learn to help others more quickly than their more hard-hearted…

Whitman Peer Listeners is a student run organization through theWhitman College Counseling Center. Our mission is to foster emotional well-being on campus through programming and peer-to-peer interaction. As listeners we provide an alternative to the C…

How Theater can teach children to learn empathy Perhaps a little empathy training, presented within a fun scenario on a stage, could truly help children learn more desirable behaviors. As parents, we’re often on a mission to correct our chi…