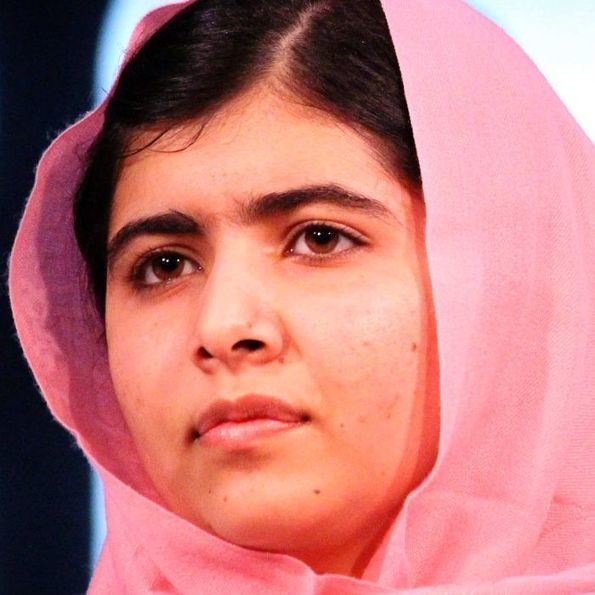 The 16-year-old, who was shot in the head by the Taliban last year, has also been nominated for this year’s Nobel Peace Prize which is due to be announced tonight.

Announcing the European Parliament prize, the assembly’s president Martin Schulz said: “Malala bravely stands for the right of all children to be granted a fair education.

“This right for girls is far too commonly neglected.”

The parliament’s vote for Malala from a shortlist of three nominees “acknowledges the incredible strength of this young woman,” Mr Schulz added.

Malala was shot by the Pakistan Taliban for speaking out against them and has gone on to become a global ambassador for the right of all children, especially girls, to go to school.

In Pakistan, the Tehreek-e-Taliban Pakistan (TTP) this week vowed to make a fresh attempt on her life “even in America or the UK.”

“She has done nothing,” TTP spokesman Shahidullah Shahid said.

“She is getting awards because she is working against Islam.”

The teenager dismissed the threats during an interview with the ABC’s Radio National, saying she is not afraid.

“They shot me a year ago and it’s the anniversary of that attack and you can see that today I am surviving,” she said.

“It shows their threats cannot stop our campaign, neither can it stop me. It was truly unbelievable for me to see the whole world supporting me and my cause of education

“We will still continue and we will still struggle for it and we are not afraid of death threats.”

Malala was taken to Britain for treatment after last year’s attack, which she said had failed to silence her.

“They wanted to threaten every girl but instead of silencing one girl, many millions of girls raised their voice and they raised the banner of I am Malala,” she said.

“Now they are speaking about their rights so I think it was bad news for them.”

When she came out of a seven-day coma Malala learned of the global attention her ordeal had attracted via her doctor’s iphone.

“It was truly unbelievable for me to see the whole world supporting me and my cause of education,” she said.

What does Malala stand for?

Since being shot by the Taliban, Malala Yousafzai has refused to remain silent on a number of topics.

Malala, who now goes to school in Birmingham, England, says she realised how important education was after the Taliban took over the Swat in 2009.

“These terrorists are afraid of the power of women and they are not letting us go to school because education will make us more powerful. That’s why they stopped us,” she said.

Speaking about her father’s influence she said: “My father accepted me as a free human being and gave me equal rights as my brothers… and he supported my campaign for girls’ rights.

Determined to continue her quest to see every child in education she said: “I am thinking I must be the honest politician and the next prime minister of Pakistan and I must go and work for the education of every child instead of blaming others.”

Most parents admit lying to their children yet, according to new research, the more children are lied to, the more they are likely to lie and cheat themselves. The experiment from which these conclusions are drawn involved 186 children, around hal…

Baron-Cohen and his colleagues have developed a scale for measuring empathy and have identified “the ten major brain regions involved in’’ it. The book is an attempt to lay out this latest research, explain why it matters, and talk about the rol…

Have you ever noticed that the more you have the more you want? Let’s face it. Seeing our life as good enough doesn’t come naturally for many people any longer.See it on Scoop.it, via Radical Compassion

Did you know that you are a storyteller? Or that you are just one story away from what you really want?   Most of us don’t realize that we have a few central narratives running through our lives because the stories we tell ourselves are so f…