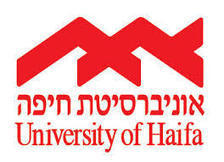 A new University of Haifa study could be of interest to the Israeli and Palestinian negotiating teams: It shows that the “love hormone” oxytocin raises the level of empathy toward a rival.

“The research findings show that exposure to oxytocin leads people to feel that the other party is also a human being with complex feelings,” said Prof. Simone Shamay-Tsoory of the University of Haifa’s Psychology Department, who led the study.

Oxytocin is a hormone known to be excreted in a variety of social situations, with previous studies showing that inhaling a synthetic version of the hormone increases altruistic feelings, for example.

the researchers sought to examine

whether exposure to oxytocin could

both among people within a group

and toward people from a

A rare, mostly harmonious gathering commenced on Saturday afternoon as Orange County liberals and conservatives voluntarily came together for a…   The unlikely gathering, dubbed Sounds of Truth, was hosted by OC-based political advocacy gr…

“Mitt’s response to those who came was compassion in all its beautiful varieties: He had a listening ear and a helping hand,” he continued. “Drawing on the skills and resources of those in our congregation, Mitt provided food and housing, rides to the …

The evidence for empathy in elephants seems overwhelming, so can we now draw on our own empathetic nature to end their slaughter?Elephants, we all know, are in peril. We humans are waging what amounts to a war against them because they have something w…