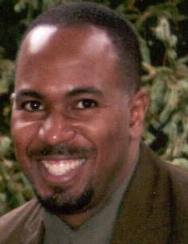 It’s been a while since empathy — the uniquely human capacity to recognize and share the feelings experienced by others, that science even suggests is hardwired in us — when President Obama included it in the qualities he sought in a Supreme Court appointee, and conservatives from Glenn Beck to Sen. Jim Sessions. So I was surprised to see columnist David Brooks turn the spotlight on empathy again.

However, when I put it in the context of popular and growing movements like Occupy Wall Street and We are the 99 Percent, and even the movements in Wisconsin and Ohio, I was not surprised to see Brooks holding forth on the shortcomings of empathy. The success of these progressive movements constitute a powerful challenge to conservatives.

Seeking to mediate between the “classical” view of countertransference as a neurotic impediment to the treatment process and the more recent “totalist” perspective, which assumes that the therapist’s emotional response necessarily reveals something abo…

Design thinking is a concept that centers around applying creativity and innovation to our actions, decision making, and problem solving as human beings. More significantly, it focuses on the impact that this creative and innovative thinking has on ind…

Empathy versus SympathySee it on Scoop.it, via Empathy and Compassion

A new study shows that empathy may drive rats to help each other. The finding gives insight into the biological roots of our urge to assist others in need…   Empathy motivates us to take action. We feel distressed when another is suffering, and …