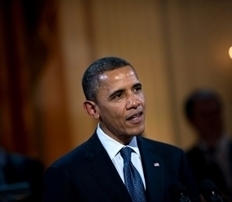 Barack Obama’s decision to support gay marriage was a rare act of empathy in this presidential election.

..the thing Obama does at his best: He listens. My oracle at Facebook tells me that many of us think that is also precisely the thing Obama does worst—he compromises, triangulates, and negotiates. But perhaps we could at least stipulate that listening to and—yup, I’m saying it—empathizing with people who are very different from you, and rejiggering your views to accommodate them, is a quality we have seen almost none of in this presidential campaign, from either side.

We need to listen to the experiences of others before dismissing them as dangerous, immoral, and wrong. Obama wrote in The Audacity of Hope, that his whole moral code was conditioned on the idea that to be able to empathize with people richer and poorer, more liberal and more conservative, is to be “forced beyond our limited vision.”

We’re chatting with Robin Wilson about the role of Empathy in crisis management, conflict resolution, and restorative practices, in her role as Middle Years Guidance Counsellor at St. John’s High School in Winnipeg.See it on Scoop.it, via Empathy and C…

Star Trek Philosophy – EmpathySee it on Scoop.it, via Empathy and Compassion

“The importance of social bond in shaping yawn contagion demonstrates that empathy plays a leading role in the modulation of this phenomenon,”   Contagious yawning is also seen in monkeys and great apes. Indeed, this new study replicates similar f…