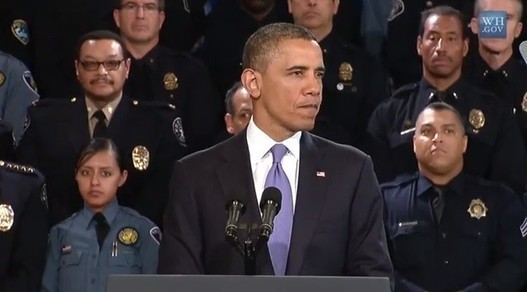 The latest narrative on the gun issue is that the prospects for meaningful legislation are slipping away as the tragedy of Newtown fades from our ridiculously short memories and members of Congress feel little of the public pressure required for them to stand up to the NRA. So Obama has been campaigning for his favored legislation, and yesterday he gave a speech in Colorado, the centerpiece of which was a plea to both sides to cultivate some empathy. Here’s an excerpt:

“Part of the reason it’s so hard to get this done is because both sides of the debate sometimes don’t listen to each other. The people who take absolute positions on these issues, on both sides, sometimes aren’t willing to concede even an inch of ground.”

I’m a little behind on my reading, so I only just got to last week’s New Yorker. In it, I discovered a remarkable, thought-provoking essay by superstar psychologist Paul Bloom. It’s called “The Baby in the Well: The case ag…

Do you watch the television show “Undercover Boss”? I do, and I am continually amazed what leaders learn from the bottom up perspective. Honestly, in the old days, I would have said emotional intelligence was psycho babble threatening…

Empathy is an important skill for getting along with others and living a successful life. Here are some tips on teaching children how to develop empathy. What Is Empathy?  A 4-year-old girl playing on her preschool playground fell, skinned h…

The recent experiment on rats is far from the first time that empathy has been seen in animals in laboratories. In one notoriously cruel experiment, macaque monkeys were given food only if they pulled a chain that electrically shocked another monkey. N…