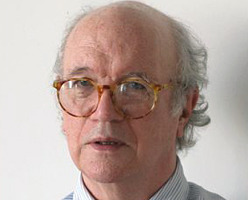 Will the presidential election be decided by how compassionate voters feel this year? The publication last week in the Proceedings of the National Academy of Sciences of “Higher Social Class Predicts Increased Unethical Behavior” provided fresh fodder for the liberal critique of the Republican Party and the corporate ethic.

A third scholarly essay, “Power, Distress, and Compassion: Turning a Blind Eye to the Suffering of Others,” produced similarly striking findings. In a test measuring empathy, each participant was assigned to listen, face to face, from two feet away, to someone else describing real personal experiences of suffering and distress…

Republicans recognize the political usefulness of objectification, capitalizing on “compassion fatigue,” or the exhaustion of empathy, among large swathes of the electorate who are already stressed by the economic collapse of 2008, high levels of unemployment, an epidemic of foreclosures, stagnant wages and a hyper-competitive business arena.

By THOMAS B. EDSALL

Dylana Garfas-Knowles reads a story dealing with the concepts of empathy to her fourth-grade students at Walker Elementary on Friday.The project was part of Walker’s schoolwide focus on empathy during the months of October and November.For the pa…

Empathy Movement Home Page at: http://j.mp/QS1cBcWe are starting online discussions, organizing and planning for building an empathy movement. Join now and let’s build a culture of empathy.   Center for Building a Culture of Empathy – A portal for…

His behavior has left them no more middle ground to keep dancing between embracing him and disowning him. He also cannot be contained because he lacks the inner equipment that makes decent behavior possible. So many of our daily social interaction…

Today’s mainstream economic models are based on two fundamental assumptions: first, humans are essentially selfish actors who act rationally to advance their own utility – so-called homo economicus; but, second, as Adam Smith’s metaph…