Home » News » No Dystopian Future For Me! :Kris Notaro 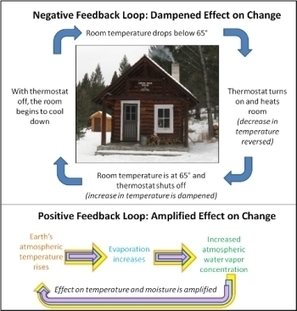 How can we save our planet, ourselves, and increase the quality of life world wide?

The new Total Recall movie is centered around a grim outlook of the future. It takes place in a metropolis – over populated, affected by global warming, under a totalitarian State, after World War 3. This sci-fi picture of the world takes place at the end of the 21st Century where the “United Federation of Britain” and the “Colony” are at war.

The only interesting things about the dystopian city is the use of anti-gravity and what seems to be magnetics in various technologies such as transportation and elevators. The use of a robot army is also, of course interesting to say the least.

I am not writing a review of the movie however, instead I want to focus on some concepts that have come into play in several dystopian movies recently. Some major taken-for-granted issues is that there will be overpopulation, a smoggish underworld, and an acceptance that global warming has melted the icecaps and all of Al Gores predictions have come true.

Indeed, we are living during a time in which the above dystopian future seems inevitable – the U.S. uses drones, though not autonomous (yet) in war (the DOD and DARPA have many more ideas for future robot warfare) the icecaps are indeed melting from global warming and population continues to skyrocket.

We do have many alternatives however, and this is where I want to take a brief look at the future in a Utopian fashion instead of dystopian. The above image, in reality cannot become true everywhere. If we take the picture on the left we see trees and a dirt road, where the picture on the right (from Total Recall 2012) shows a city after global warming, in a totalitarian State, with overpopulation, etc. Both realities are unattainable and/or catastrophic in nature to humans and posthumans.

In reality we live somewhere in the middle of each image, and the future just might, if we do it right, combine the beautiful image of a biological future mixed with a metal and concrete technological one. In academia, government, and the private sector we see many examples of people trying to save this world.

In China we see the population increasing, but we also see the government working on improving higher education and living standards for college educated youth. If the trend continues we should see more educated people whom, world wide, tend to have less children, not to mention China’s one child policy. These factors should lead to the actual decrease in the population of China by 2030.

In India, we continue to see the population rise, a clear difference between the education of women and men, men having higher education, and poverty scattered throughout the country. The people of India have to take it upon themselves to see that they are educated and not rely on the current government or on the private sector. Three examples that seem somewhat promising is the outlawing of child labor by the ILO and India’s government (cough!), distance learning, and semi “progressive” political groups fighting for womens rights, worker’s rights and against the caste system. Again, in a fair world the only thing that makes sense to me is the increase in education and prosperity to lead to a better tomorrow for India where population is concerned.

However if the solution to overpopulation is prosperity and education, one huge concern is that people will want more stuff. Simply put, more stuff tends to equal more green house emissions. If we want the world to patch up the ozone layer, decrease greenhouse gas emissions, and fix the emergent complex system known as the ecosystem we will have to use radical new technology. Supertrees are currently being genetically engineered for the use of lumber and replacement of our shameful destruction of forests. Garbage eating nanotechnology, including genetically engineered bacteria are being designed as I write this. New “green” technologies are on the rise, and with a simple Googling, you can find Time Mag’s list of the top 20 green tech ideas, including Recycling e-Waste, Algae Biofuel, Algae food, Thin-film Solar, Molten Salt Storage, Solar Tower, Custom Biofuels, Electric Cars, Smart Meters, Lithium-ion Batteries, Fuel Cells, Rooftop Wind Power, Tidal Power, Green IT, Green Concrete, Green Building Materials, Modular Nuclear Power, Artificial Photosynthesis, Waste to Energy and “Biochar”.

We have to decrease carbon dioxide, methane, nitrogen oxides, and fluorinated gases through public policy, education, and technological advances like the ones mentioned above, various new concepts to increase rain, because rain does not have salt in it, and if it can be increased over the arctic ocean, some scientists believe it will increase ice, but we have to figure out exactly how to make it rain where it is supposed to rain, a challenge of mega proportions but one in which academic and private sector scientists are ready to take on. Geoengineering may just be the future of saving our ecosystem from catastrophic climate change. Summits have been hosted, scientists have come up with answers, and if a Manhattan Project style of organizing becomes a reality to come up with positive geoengineering we just might beat global warming.

The dystopian future of Total Recall also involved a resistance to totalitarianism, which is very important to say the least. Working people need to get organized and educated so that they can have a leading voice in a direct democracy technoprogressive future to push scientists towards the right kind of life saving, ecosystem fixing science. As long as “the rise of the machines” is not a reality, as long as computers are not conscious, we are going to have to rely on ourselves to come together and save the ecosystem. Instead of modeling nuclear blasts on supercomputers we need to model the ecosystem and take appropriate action, etc.

I don’t know about you, but I sure don’t want to live in a totalitarian, overpopulated, icecap and tree depleted future. Human, posthuman life is not just about existing and quantity of lifespan, it is most definitely also about quality.

We need to Occupy our own minds before we can become empowered. Specifically, people all have built-in bugs in our brains.See it on Scoop.it, via Radical Compassion