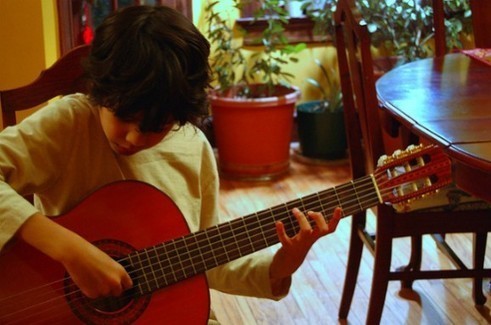 My two passions, education and music, collided when I decided to write kids songs to help teach empathy. Although I had never written songs before, I was inspired by Start Empathy’s mission. What better way to teach young children than through song? In addition to being naturally engaging, studies indicate that the act of playing music may also boost kids’ empathy.

As I set out to write the empathy songs, I drew heavily from my experience as a kindergarten teacher and cellist. I designated an emotional literacy learning objective to each song. Then I translated the objectives into kid-friendly lyrics. (The rhyming dictionary definitely came in handy during in this process.) Meanwhile, I brainstormed and tested out melodies with the words. My time spent improvising in an Americana band, playing in orchestras, and simply listening to other kids songs helped immensely. After several editing rounds, I came out with three initial songs.

The way our brain responds to others’ good fortune is linked to how empathetic people report themselves to be, according to new research.The study shows that a part of the brain called the anterior cingulate cortex (ACC) seems particularly attuned to o…

Now, empathy is needed on climate change.A gap, not in missiles, but in empathyKrznaric finds an empathy gap across space — Third World nations like India are already suffering from climate crises worse than the rich countries whose emissions are…

We now have a model of the empathic process that allows us to discuss the various aspects of empathy in a more complete way, but I have yet to make the case that such an account is vital to our understanding of deliberative democracy.    Fron…

Empathyallows us to tap into unspoken frequencies: to read subtext, recognize nuance, and imagine what it’s like to walk in another sentient being’s footsteps;takes us deep into the essence of experience–real or imagined–a journ…