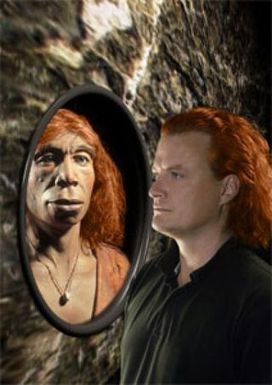 Neanderthals displayed a deep seated sense of compassion, according to British archaeologists who are studying the evolution of compassion in humans.

Neanderthals are often depicted as brutish club wielders, but a new book suggests Neanderthals had a sensitive side, displaying “a deep seated sense of compassion.”

The findings, also published in the journal Time & Mind, are part of a larger study charting how empathy and other related feelings evolved in early humans.

Researchers Penny Spikins, Andy Needham and Holly Rutherford from the University of York Archaeology Department examined archaeological evidence for the way emotions began to emerge in our ancestors six million years ago and then developed through more recent times.

The Symposium on Empathy is a new event not to be missed for social workers, teachers and anyone wishing to begin or deepen their practice of non-judgmental listening towards oneself and others. The event’s program, helm by certified trainers in …

“This person is total incapable of empathy. I want his family to counsel him, teach him some empathy. He will be a better person if he could become — but he is a black soul. And this is totally unfit for the leadership of this beautiful country,” Khiz…

Why is a lack of empathy so frequently associated with Asperger’s? It has to do with the definition of empathy. Empathy is made up of two important parts: the first is the ability to see the world from the perspective of another. This is the thin…