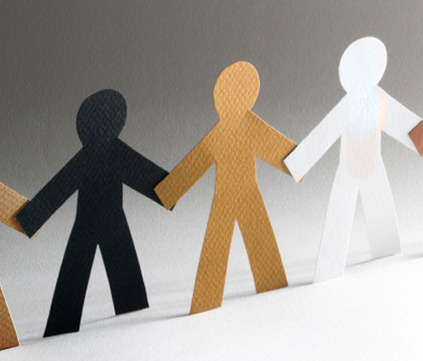 MIT neuroscientists are studying the patterns of brain activity that correlate with empathy. They hope to use their findings to determine how well people respond to reconciliation programs aimed at boosting empathy between groups in conflict, since compassion for others suffering often fails between members of opposing conflict groups.

MIT postdoc Emile Bruneau has long been drawn to conflict — not as a participant, but an observer. In 1994, while doing volunteer work in South Africa, he witnessed firsthand the turmoil surrounding the fall of apartheid; during a 2001 trip to visit friends in Sri Lanka, he found himself in the midst of the violent conflict between the Tamil Tigers and the Sri Lankan military.

The former president of LaGrange College on Tuesday said empathy is the most important quality in today’s leaders. Stuart Gulley, speaking to members of the LaGrange-Troup County Chamber of Commerce, said a new type of education called &ldqu…

What do successful people have? Relationships that support their success. How did they get those relationships? They exercised effective communication. Here are two communication exercises that can significantly improve the quality of your relatio…

How would you respond as a parent if you found out your child had purposefully been paired up with another child who was bullying them? Opinions? This dedicated expert in child development was doing just that. She taught my daughter that instead …