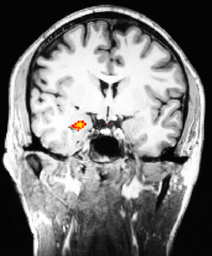 A new study has found that participating in an 8-week meditation training program can have measurable effects on how the brain functions even when someone is not actively meditating. In their report in the November issue of Frontiers in Human Neuroscience, investigators at Massachusetts General Hospital (MGH), Boston University (BU), and several other research centers also found differences in those effects based on the specific type of meditation practiced.

“The two different types of meditation training our study participants completed yielded some differences in the response of the amygdala – a part of the brain known for decades to be important for emotion – to images with emotional content,” says Gaëlle Desbordes, PhD, a research fellow at the Athinoula A. Martinos Center for Biomedical Imaging at MGH and at the BU Center for Computational Neuroscience and Neural Technology, corresponding author of the report. “This is the first time that meditation training has been shown to affect emotional processing in the brain outside of a meditative state.”

Different Kinds of Compassion 1. a concept,  emotionsa reciprocal caredo good or I will be criticized2. an unbiased compassion comes from realizationSee it on Scoop.it, via Empathy and Compassion

This is the third installment in a series my colleagues and I are writing on the five practices of entrepreneurship. In the last installment Patricia Greene talked about the Practice of Play. Now it’s time to address the second practice &nda…

A doctor-patient relationship built on trust and empathy doesn’t just put patients at ease — it actually changes the brain’s response to stress and increases pain tolerance, according to new findings from a Michigan State University research team. &nb…

The ability to share others’ emotions, or empathy, is crucial for complex social interactions. Clinical, psychological, and neurobiological clues suggest a link between yawn contagion and empathy in humans (Homo sapiens). However, no behavioral evidenc…