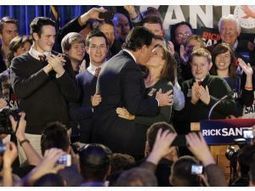 The Left endlessly trumpets its “empathy.” President Obama, for example, has said that what he looks for in his judges is “the depth and breadth of one’s empathy.” As he told his pro-abortion pals at Planned Parenthood, “we need somebody who’s got the heart – the empathy – to recognize what it’s like to be a young teenage mom.” Empathy, empathy, empathy: You barely heard the word outside clinical circles until the liberals decided it was one of those accessories no self-proclaimed caring progressive should be without.

Indeed, flaunting their empathy is what got Eugene Robinson and many others their Pulitzers – Robinson describes his newspaper column as “a license to feel.” Yet he’s entirely incapable of imagining how it must feel for a parent to experience within the same day both new life and death – or even to understand that the inability to imagine being in that situation ought to prompt a little circumspection.

The Left’s much-vaunted powers of empathy routinely fail when confronted by those who do not agree with them politically.

The psychologist Sherry Turkle argues that replacing face-to-face communication with smartphones is diminishing people’s capacity for empathy.Davis: You use the word “empathy” a lot to describe what’s being lost in these situati…

Today we bring you an excerpt from Lori Gruen’s new book, Entangled Empathy:  An Alternative Ethic for Our Relationships with Animals. Flock members — read on past the except for your chance to win a copy of this book! (…

What separates a social business from a “regular” business? The truth is, identifying a social businesses and separating those traits from less socialSee it on Scoop.it, via Empathy and Compassion