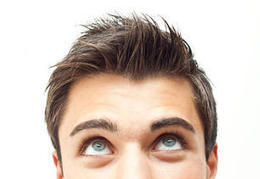 Narcissism is characterized by grandiosity, low empathy levels and a sense of entitlement, the researchers said. Narcissistic men, it turns out, release more cortisol — even when they’re not in stressful situations….

The study noted that “the level of narcissism is rising in American culture, and that narcissism tends to be more prevalent among males.” It’s a trait that includes “an inflated sense of self-importance, overestimations of uniqueness and a sense of grandiosity.”

Are engineering students less empathetic than students in the caring professions? Yes, the findings from a study performed at Linköping University indicate that this is the case. The study comprises more than 200 students from six different study …

We believe that in many cases, medical training not only does not select for or cultivate such personality traits, but actively selects and develops barriers against them….It is then that the student becomes a master at learning to shut down empathy….

The role of empathy has come to prominence in HCI as the community increasingly engages with issues in medical, health and emotionally charged contexts.In such settings empathizing with others is crucial in understanding the experience of living with s…