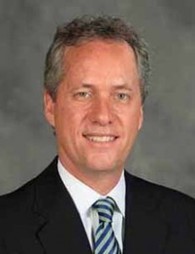 Citing his progress in making Louisville a globally-regarded city for caring and compassion, a coalition of international organizations has honored Mayor Greg Fischer with a City Leadership award for compassion.

Fischer received the honor last week during “Compassion Week 2014,” an international conference in San Francisco where he delivered one of the keynote addresses. The award was presented by Empathy and Compassion in Society, the Charter for Compassion International and GoodMojo.

In presenting the honor, the groups recognized Fischer for leading Louisville to be the first major city to sign on to the International Charter for Compassion, committing the city to a multi-year Compassionate Louisville campaign. They also cited his work with the U.S. Conference of Mayors to promote compassion in other cities and for creating the annual volunteer initiative, the Give A Day week of service. During the 2014 week in April, more than 144,000 volunteers and acts of compassion were recorded.

This video was dreamed up, scripted, and acted out by some of my amazing 8th grade students from Kalispell Middle School. The vision was to create a thought provoking short film that instills a challenge to the viewer to look at their own life, their o…

From 2012 until 2014, I have worked with Edwin Rutsch of the Center for Building a Culture of Empathy and Compassion. Together we developed Empathy Circles as a hands-on instrument to turn theory on empathy into experiential practice. To make this…

Do you have a good sense of how others see the world? Daniel Goleman reveals how being more empathetic can improve your relationships.See it on Scoop.it, via Empathy and Compassion

Ron MacLean is author of the novels Headlong and Blue Winnetka Skies and the story collection Why the Long Face? His fiction has appeared in GQ, Fiction International, Best Online Fiction 2010, and elsewhere. He…