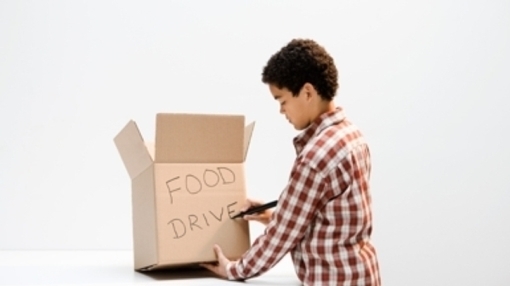 People in our studies didn’t even need to see others do anything in order to catch their kindness. In another follow-up, people read stories about the suffering of homeless individuals.

After each story, they saw what they believed was the average level of empathy past participants had felt in response to its protagonist.

Some people learned that their peers cared a great deal, and others learned they were pretty callous. At the end of the study, we gave participants a $1 bonus, and the opportunity to donate as much of it as they liked to a local homeless shelter. People who believed others had felt empathy for the homeless cared more themselves, and also donated twice as much as people who believed others had felt little empathy.

Jamil Zaki is an Assistant Professor of Psychology at Stanford University, and director of the Stanford Social Neuroscience Lab.

Every two weeks, we’ll be featuring top stories from our blog at StartEmpathy.org — our digital home for parents, educators, students, and fellow enthusiasts looking to make the case for why empathy matters and to share and discover the best practices…

David Hazen is a peace activist living in in Eugene, Oregon. He is author of, Love Always Wins: Hope for Healing the Epidemic of Violence. He is an Imagineer, Eugene City of Peace. Advisor, International Cities of Peace. Peacemaker of the Year 2011, No…

I recently read an article on empathy in the New York Times, where one line in particular stood out to me: “One death is a tragedy. One million is a statistic.” Most of us simply see a single death as heartbreaking, a sob story; the more lives you add …

Thupten Jinpa reveals how compassion can lead to more happiness, less stress, a sense of purpose, better health and a longer life. This talk was recorded at an Action for Happiness event in London on 15 June 2015.See it on Scoop.it, via Empathy and Com…