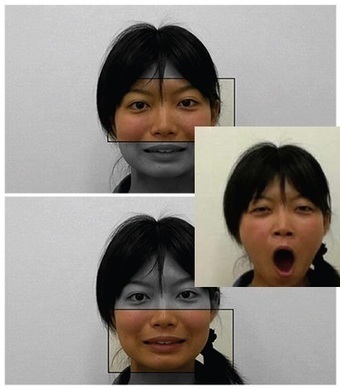 Study counters idea that lack of empathy is why people with ASD fail to mirror yawns; implications for behavioral therapy

Researchers found that children with autism “caught” yawns as often as did other children if they were first prompted to look at the eye or mouth area of a person in a video immediately before she yawned.Infectious yawning is a

Infectious yawning is a near-universal experience. Several studies have shown that individuals with autism don’t readily “catch yawns.” This led some researchers to blame an autism-related lack of empathy.

A new study, published in the journal Autism Research and Treatment,suggests a different reason: Children with autism tend to miss out on “social yawning” because they’re not looking at facial cues.

Founders of the first ever empathy museum are calling for a revolution of human relationships. Here’s how you can help.You’ve probably heard the the saying, “Never judge a man until you have walked a mile in his shoes.These wise words are t…

Known as artificial empathy, the idea here is to train machines to recognize social signals from humans, aka ‘visual data,’ and then produce an appropriate response. The emergence of social signal processing as a branch of computer sci…

Dr. Jennifer Hartstein examines recent, amazing displays of kindness by a bus driver in Canada and an NYPD officer, and discusses whether such selflessness is a matter of genes or if it can be learned.See it on Scoop.it, via Empathy and Compassion

Enter “Homo empathicus,” the new collective arm of civilisational change. Krznaric cites four obstacles to this revolution: Prejudice, authority, distance and denial. The purpose of his book is to show how we can overcome these obstacles, and why it is…