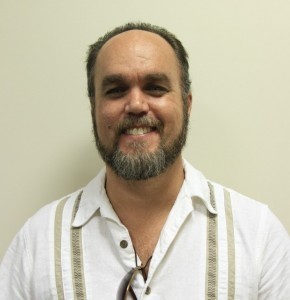 This past year I have spent a lot of time trying to create the world I want to live in, and I have met many people with the same desire, though they do not always put it in the same words. I have interacted with advocates of restorative circles, nonviolent communication (NVC), alternatives to violence, and many others interested in peace making.

I first heard the phrase “the world I want to live in” from Jim Manske, one of my NVC teachers. He led a group in this exercise as part of Compassionate Leadership, a series of trainings and retreats that uses NVC and other strategies for helping people become “leaderful” in their lives and communities.

One year and five were straightforward for me. I have specific goals that involve school, work and my personal life. It was even easy to go a little further, because 10 or 20 years fall within my expected lifetime. Interestingly, I found these frames limiting as well, because I seemed to stay focused on my personal life.

As I moved further and further into the future my dreams became bigger and less focused on myself. I reached a time when I would be gone. I saw a world with plenty to eat for everyone, with peace abounding, and other visionary goals.

By far my strongest vision was of a world without prisons. I had no idea how it would be possible, but I imagined it anyway. Why not? Five hundred years from now, I and everyone I know will long be dust. It appealed to me to imagine that prisons and all the suffering that takes place in them would be dust as well.

Then Jim pulled a dirty trick on us. He asked us what we could do now to make these things reality. What could I do to achieve my own goals while simultaneously contributing to the world of 100 and even 500 years from now? It was difficult to imagine my actions now having an effect so far in the future. It seemed absurd, but in fact that is all the future is made of. Our actions now determine the world that will exist then.

What could I do to create a world where prisons no longer exist, and is it lunacy to even think that such a thing is possible? I do not think so. I can look at the present world and see efforts to make my vision true. One area where it is happening is in juvenile justice. Consider the youth courts of New Zealand.

In 1989 New Zealand passed The Children, Young Persons and Their Families Act. Its express purpose was, “’to promote the wellbeing of children, young persons, and their families and family groups.’ The Act thus seeks to empower families and communities, rather than professionals, in deciding the best measures to respond to offending behavior in children and young people.” This is a quote from Restorative Justice Online, a project of Prison Fellowship International and its Centre for Justice and Reconciliation.

The site also has a recent op-ed from a judge in New Zealand that discusses the lessons learned from this effort and how it might look if applied to the adult system. The judge, Fred McElrea, writes that by making family group conferencing (the restorative system used in lieu of courts) the legal default position of the state, most cases were resolved without any court appearance. He also points out the importance of victim participation and continuing monitoring of the resolution agreed upon in order to maintain the credibility of the system. New Zealand is just one of a growing number of countries that are adapting to restorative justice approaches including Australia, Canada and Brazil.

Looking at this picture gives me hope that we in the United States can progress as well, to a system that integrates all members of society into the solutions needed to address harm. Just as in other countries, these efforts are beginning to take root here, and it is my dream that one day they will spread to the entire criminal justice system.

I realize that I may not see this dream realized, but I know that I can begin to do my part now. How about you?

Novelty-seeking, a personality trait long associated with trouble, turns out to be one of the crucial predictors of emotional and physical well-being.See it on Scoop.it, via Radical Compassion

If I ruled the world, I would rewrite the economics textbooks. This may seem a small ambition, unworthy of my sovereign office. But it would actually be a big step toward a better civic life. Today, we often confuse market reasoning for moral reasoning…

In Martin Lindstrom’s  new book, Brandwashed, he devotes a standalone chapter to some of the main drivers that ignite our desire to buy, from sex, to nostalgia, to yes, our very human desire for freshness, and how marketers ruthlessly take advanta…