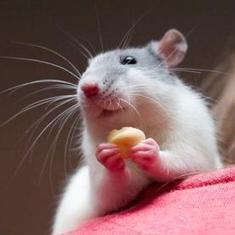 The English language is not especially kind to rats. We say we “smell a rat” when something doesn’t feel right, refer to stressful competition as the “rat race,” and scorn traitors who “rat on” friends. But rats don’t deserve their bad rap. According to a new study in the December 9 issue ofScience, rats are surprisingly selfless, consistently breaking friends out of cages—even if freeing their buddies means having to share coveted chocolate. It seems that empathy and self-sacrifice have a greater evolutionary legacy than anyone expected.

An empathy class in Charlottesville is helping parents and families relate to their little ones better.The Conscious Discipline Workshop is held at the Neighborhood Child Development Center. It gives adults the skills necessary to manage thei…

A real danger for parents who try to learn Active Listening solely from a book’s printed page is their inability to hear the warmth and empathy that must accompany their efforts. Empathy means a quality of communication that conveys to the sender…

Obama’s preference for “judicial empathy” means appointments to the Supreme Court should favour, “Someone who understands that justice isn’t about some abstract legal theory or footnote in a case book … It is also about how our…

Japanese researchers have found that humans empathize with robots in a similar way to that in which we empathize with other humans:They performed electroencephalography (EEG) in 15 healthy adults who were observing pictures of either a human or robotic…