Home » News » Istanbul and the empathy gap: Why was the West’s response muted compared to Paris or Brussels? 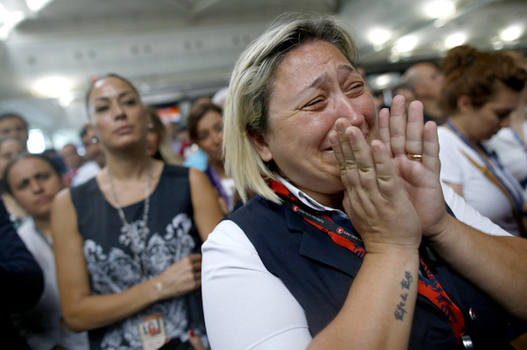 Our brains are wired to feel more empathy for people who look like us. Luckily, we’re capable of closing the gap

Studies done on the brain are revealing here. Observing the pain of others stimulates sensory and emotional areas of the brain (anterior cingulate cortex and insula cortex) that have been associated with empathy. Research using functional MRI (fMRI) to assess brain activity by changes in blood flow has shown that activation of these areas is contingent on the race of the observed person, such that observing someone of one’s own race in pain leads to greater activity in these empathy centers of the brain compared to a person of a different race.

Yet fortunately, our ability to empathize is entirely capable of overcoming the confines of race.

To walk in the other person’s shoes is perhaps the most important first step we can do to develop our emotional intelligence. This is called “empathy,” and it is defined as the capacity to experience another person’s point of view.British philosopher R…

What would make you more likely to reduce your carbon footprint: Knowing that climate change is a threat to people—or to birds? New research has some surprising implications.a recent study published in The Journal of Environmental …

Empathy is the capacity to understand or feel what another person is experiencing from within the other person’s frame of reference, i.e., the capacity to place oneself in another’s shoes.ElephantsAsian elephants have just been added to the list of ani…