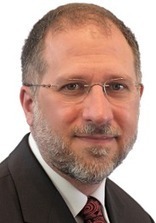 Derek Beres’ blog titled The Case against Empathy argues that the value of empathy is exaggerated. In this response, I hope to resonate with Derek’s experience and attempt to understand how he arrived at his conclusions.

I also hope to explore how his discussion
presents a limited, in fact a distorted,
concept of empathy.

Derek fears that too much feeling of another’s emotion will induce a self reflection on one’s own negative emotions. As he states in his blog, ”Instead of acting as a conduit for their friend to siphon their emotions through, it quickly becomes about the corresponding distress in the listener. Everyone dumps, no one cleans up the mess.” When I remember times that I have been overwhelmed by another’s and my own emotions I can certainly see why Derek experiences this as a negative situation. Of course Derek does not wish this state of affairs to exist, but what he describes is not empathy. Rather what he describes is emotional overwhelm.

“This new mediate life has gotten us into trouble. Face-to-face conversation is the most human – and humanizing – thing we do. Fully present to one another, we learn to listen. It’s where we develop the capacity for empathy. It’s where we experience th…

David LevineDavid’s work as an empathy specialist is highlighted in his books Teaching Empathy, Building Classroom Communities, and the School of Belonging, and has been featured in the New York Times, National Public Rad…