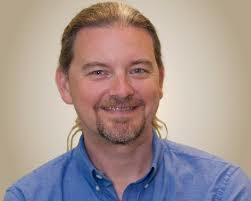 Perhaps one of the most defining features of humanity is our capacity for empathy – the ability to put ourselves in others’ shoes. A new University of Virginia study strongly suggests that we are hardwired to empathize because we closely associate people who are close to us – friends, spouses, lovers – with our very selves….

“Our self comes to include the people we feel close to,” Coan said.

In other words, our self-identity is largely based on whom we know and empathize with.

Coan and his U.Va. colleagues conducted the study with 22 young adult participants who underwent fMRI scans of their brains during experiments to monitor brain activity while under threat of receiving mild electrical shocks to themselves or to a friend or stranger.

In January 2015, work began to establish a strategic partnership between Activ8Change and Teaching Empathy Institute (TEI), with Jay Baughan and its Founder David A. Levine. Every Friday since, on Skype, Jay and David have been developing the stru…

Roman Krznaric, cultural thinker, writer on the art of living and founding member of The School of Life, will be delivering a secular sermon on Sunday 2nd March 2014 at Conway Hall as part of the thought provokingSchool of Life Sunday Se…

Mindfulness technique: Five steps to enjoying more empathetic and artful conversation.Conversation in the original Latin had a very broad meaning. It meant something like “living together, having dealings with others,” and it referred …

The Dalai Lama, Tibet’s long-exiled spiritual leader, brought a message of peace and compassion Wednesday to an appreciative audience of 8,200 at the College of William and Mary.   Addressing the crowd in William and Mary Hall as “my d…