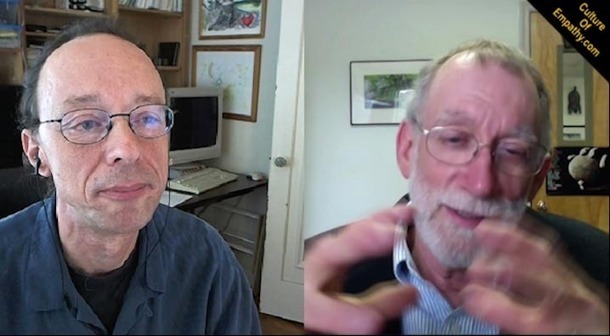 Widely known as “the grandfather of restorative justice,” Zehr began as a practitioner and theorist in restorative justice in the late 1970s at the foundational stage of the field. Author of many books including The Little Book of Restorative Justice.

We talked about the role of empathy as a foundational value in the restorative justice movement. Edwin thinks a more accurate term would be restorative empathy. Howard said, “This vision of mutuality is supported by neuro science and attachment theory. The new neuro science is teaching us that we as a human being, our brains are designed to connect with other people.” He feels victims of harm may be resistant to talking about empathy. Sub Conference: Justice

According to a new study, elephants can feel empathy and even comfort one another in times of stress.See it on Scoop.it, via Empathy and Compassion

\Complex childhood trauma often affects the capacities of survivors to experience empathy and compassion toward themselves and others. Recent mindfulness literature recognizes meditation as an evidence-based practice that is able to change the brain, i…

It is the child who has experienced compassion and empathy in his or her own life who grows up knowing how to relate to and connect with others and how to engage in healthy relationships which is the foundation for any productive, happy and meaningful …