Home » News » How to Avoid the Empathy Trap 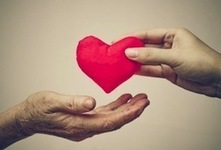 Do you prioritize other people’s feelings over your own? You might be falling into the “empathy trap.”

Empathy is having its moment. The ability to feel what another person is feeling, from that person’s perspective, generates lots of press as the ultimate positive value and the pathway to a kinder, less violent world. Schools across the country are teaching empathy to children, and myriad books explore it from every possible angle: how to get it, why it makes you a better person, how its absence can breed evil.

Empathy is exalted by thinkers from Zen Buddhist monk Thích Nhâ’t Hąnh to British writer Roman Krznaric, who just launched an online Empathy Museum where you can virtually step into someone else’s shoes. Established scientists like primatologist Frans de Waal and developmental psychiatrist Daniel Siegel explore the deep roots of empathy in animals and its essential nature in humans.

“And by empathy here, I don’t mean merely the ability to feel for the family of this murdered child. I’m guessing most all can manage that much. Rather, I refer to the kind of empathy too rarely attainable, by whites in particular, in the c…

SIGNIFICANCE STATEMENTHuman societies depend on the altruistic behavior of their members, but teasing apart its underlying motivations and neural mechanisms poses a serious challenge. Using multivariate decoding techniques, we delineated three dis…

Humanity’s biggest problems have their roots in lack of communication. The obvious solution to problems is clearly communication and proper understanding,but how can we communicate when we encounter language barriers ? When wo…

Empathy Fatigue is like kryptonite to pastors and those who serve in ministry.The very nature of what we do in ministry is give. We give service, we give counsel, we give attention, and we give and give. The more we give and serve, the more we are expe…