Home » News » How the Power of Expectations Can Allow You to ‘Bend Reality’: Gareth Cook 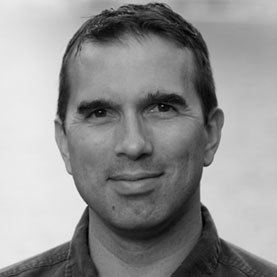 Chris Berdik, a science journalist and former staff editor at The Atlantic, begins with a simple premise: expectations matter. The notion is well-known in medicine, where doctors have known the power of the “placebo effect” for a long time. But it turns out that this same psychological machinery holds sway in many realms, that what we bring to a situation can, in some sense, bend reality. Berdik answered questions about his new book, “Mind over Mind,” from Mind Matters editor Gareth Cook.

We’ve all heard of the placebo effect in medicine, but you take this idea even further. Can you explain?

Traditionally, the placebo effect has been thought of as triggering self-healing using fake drugs. So, for instance, if I take a sugar pill believing that it’s a pain reliever, that belief causes my brain to release endorphins, which brings pain relief. But now, the placebo effect is being looked at as more than the ability of fake medicine to fool people into feeling better. Research into placebos is broadening out to examine everything that affects a patient’s expectations for treatment — how the doctor talks and acts, the side effect information they read online, the news reports of killer diseases — and how, when, and to what extent those expectations can help or hinder healing.

And placebo effects in medicine are just one example of how our expectations can bend reality. For instance, brain scans reveal that expectations about a wine’s quality (based on price or a critic’s review) actually change the level of activity in the brain’s reward centers when a person takes a sip. Highly-trained weight lifters can out-do their personal bests when they believe they’ve taken a performance booster. People who wear taller, better looking avatars in virtual reality behave in ways that taller and better looking people tend to act. For example, they approach better-looking potential dates and they are more aggressive in negotiations, both in the virtual world and after the headgear is removed. In lab and field experiments, people who stand in powerful poses (think Superman) for a minute or two, have similar hormonal changes to people who are given actual power and authority over another person, and they exhibit the same sorts of behavioral changes.

What do you mean by expectations “bending reality”?

The expectations I write about don’t become reality, but they can shift it in small but often important ways.

Hardly any of the effects are guaranteed or one-size-fits all. For instance, at some point, a wine will taste lousy enough that we’ll spit it out even though the premium price tag suggests it’s delicious. In medicine, there’s no evidence of placebos curing diseases, shrinking tumors, or mending broken bones. In athletics, there are physical limits that no amount of positive thinking will supersede.

But subtle and conditional effects can make a big difference, because expectations bend reality in so many areas of life. Our minds are constantly jumping to conclusions about the world we live in and who we are. Instead of just accepting them, we can examine some of those expectations and maybe put them to the test by trying out some alternatives.

Why the title, “Mind over Mind”?

A lot of the expectations that affect us – the assumptions that shape what we see, hear, smell, and taste, for instance, or the expectations we may have that a more expensive drug will work better than a cheap one – happen on automatic. We don’t spend a lot of time wondering about our expectations and considering the alternatives, and that lack of attention helps give their effects an aura of permanence and inevitability. From time to time, it may be worthwhile to examine and question our expectations, to look for the connections between what we think and what we experience, and to try using our mind to shake things up.

Here is a short animation by Nick Standlea, a former research associate for Mike Csikszentmihalyi, one of the founders of Positive Psychology…   http://www.youtube.com/watch?feature=player_embedded&amp;v=1qJvS8v0TTISee it on Scoop.it, via Ra…

First, the bad news: If you have a fondness for snarky jabs — and believe me, most of us take pleasure in the occasional barb — this column might ruin your fun. The good news is that understanding how and why we judge others, and trading that judgmen…

TORONTO (Reuters) – Spanking children can cause long-term developmental damage and may even lower a child’s IQ, according to a new Canadian analysis that seeks to shift the ethical debate over corporal punishment into the medical sphere.See it on Scoo…