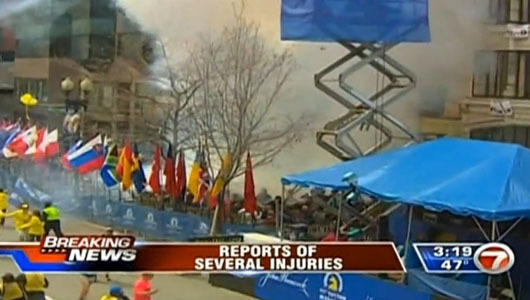 Some people respond to feelings of powerlessness by turning to humanitarian aims, but would-be terrorists draw on violent ideologies.

Even though a human (or humans) caused the carnage at the finish line, such acts of kindness, as well as a sense of empathy, are actually hard to overcome — even for the terrorists, psychologists say.

“A whole industry of propaganda is aimed” at convincing potential terrorists that their intended victims are worthy of death,” said Arie Kruglanski, a psychologist at the University of Maryland who has researched the roots of terrorism.

Empathy has long been recognised as a critical component of good nursing or medical practice but in talking with healthcare audiences we often hear confused ideas. What’s the difference between empathy and compassion?Does too much empat…

A ground-breaking study suggests people with autism-spectrum disorders such as Asperger’s do not lack empathy – rather, they feel others’ emotions too intensely to cope. People with Asperger’s syndrome, a hig…

Expressing empathy comes easily when we’re comfortable with others, Canadian researchers said. Friends can ‘indeed feel each other’s pain,’ the study’s senior author said.”It turns out that even a shared experience that is as superficial as playing a v…