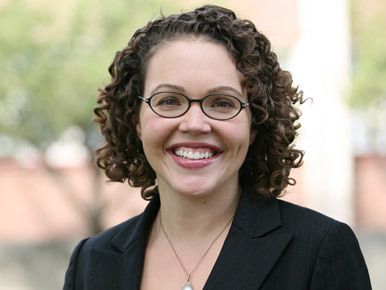 Modern and historical scholarship on empathy has consistently demonstrated that people are more likely to empathize with those who are similar to themselves. This empathic bias for similarity means that the affective bonds and ethical motivations that accompany empathy are significantly diminished in relationships with outgroups, as defined by sociological difference.

that people are more likely to

empathize with those who

are similar to themselves.

I argue that narrative empathy is uniquely capable of circumventing the similarity bias through compositional strategies related to foregrounding and perspective. Turning to modern research on reading as well as to accounts of reading in the nineteenth century, I propose a two-part argument: first, that the act of reading can overcome the bias that scholars have observed in relationships between people and, second, that narrative empathy has the potential to prevent future cases of bias by reconfiguring readers’ criteria for similarity.

In an extended case study of Elizabeth Gaskell’s novel Mary Barton: A Tale of Manchester Life (1848), I argue that Victorian social-problem literature thematizes empathy across difference and that the self-conscious treatment of cultural difference is particularly helpful for overcoming similarity bias.

How would you respond as a parent if you found out your child had purposefully been paired up with another child who was bullying them? Opinions? This dedicated expert in child development was doing just that. She taught my daughter that instead …

Carl Rogers Empathie, Akzeptanz, KongruenzSee it on Scoop.it, via Empathy and Compassion

Anxiety is not your fault. There are many factors that contribute to developing a mind that is prone to intense anxiety, and if you have such a mind, there are many things you can do to change the way it works.   by Dennis TirchSee it on Scoop.it…

Our page on empathy defines empathy as ‘feeling with’ someone – being able to put yourself in their place as if you were them, and feeling those feelings. It explains that there are several different elements that make up empathy.Ther…