Home » News » How Important Is It For Politicians To Have Empathy? 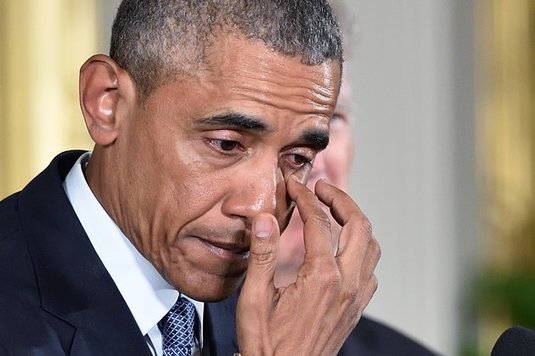 In a time of terrorist attacks, escalating racial tensions and violence, and outward bigotry against entire religious groups, it may seem like we need empathetic world leaders now more than ever.

But although voters seem to praise presidential candidates who expresses concern for others, this support doesn’t always come through on Election Day.

Empathy doesn’t seem to matter a whole lot at the polls, The New York Times pointed out this week. It’s not uncommon for the candidate who voters believe cares more “about the needs and problems of people like you” to lose, the Times noted, adding that it’s possible voters believe “empathy may not be such a great quality in a leader.”

This certainly feels relevant in explaining the rise of Donald Trump, who is the Republican front-runner despite his incessant insults, lies, misogyny, racism and relentless self-aggrandizing. It’s hard to imagine a candidate with less empathy.

Ira Liss co-founded and currently runs AOK, a “social game for social good” played online, on iOS and Android mobile devices and out in the real world. AOK converts player engagement into charitable donations, and offers virtual and real re…

People who empathize easily with others do not necessarily understand them well. To the contrary: Excessive empathy can even impair understanding as a new study conducted by psychologists from Würzburg and Leipzig has established.Imagine your best…

In partnership with LifeWorks (a project of the LA Gay and Lesbian Center), The Relational Center is developing student leaders at LAUSD campuses to support their efforts in building a movement of empathy that creates safety and opportunity for all you…

Mindful Awareness practices and trainings have spread widely with great implications for effective leadership. So many leadership models talk about “what to do” and “how to achieve” goals or “how to influence” people to follow them.See it on Scoop.it, …