Home » News » How Empathy Can Make You Colder, Literally 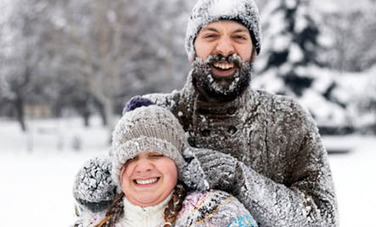 Just looking at someone who appears to be cold is enough to make us begin feeling cold ourselves, according to a University of Sussex study.

Have you ever been stuck outside on a sweltering, muggy day and had someone tell you to think about icebergs and skiing? They may just be onto something! It’s called temperature contagion.

The lead researcher on the team – Neuropsychiatrist Dr Neil Harrison – says that this response is likely tied to empathy.

This video comes from the Arizona Meditation Research Interest Group (AMRIG) at the University of Arizona. Dr. Charles Raison (CNN health’s mental health expert) is new to the U of A, having previously been at Emory University, where he was part of a t…

We have to be superhuman in our empathy and it’s unfair.See it on Scoop.it, via Empathy and Compassion

“Victim empathy work helps them to acknowledge that it is real people that they have harmed. Empathy engenders a sense of shared experience, and an identification with and understanding of the other person’s situation, feelings and motives. Empathy has…

Dara Feldman is Director of Education and a Master Facilitator for The Virtues Project, offering keynotes, workshops and retreats transforming school culture and empowering students, educators and families to thrive.See it on Scoop.it, via Empathy and …