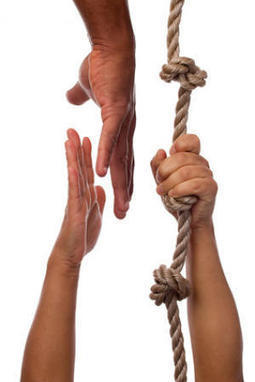 “Love thy neighbor” is preached from many a pulpit. But new research from the University of California, Berkeley, suggests that the highly religious are less motivated by compassion when helping a stranger than are atheists, agnostics and less religious people.

In three experiments, social scientists found that compassion consistently drove less religious people to be more generous. For highly religious people, however, compassion was largely unrelated to how generous they were, according to the findings which are published in the most recent online issue of the journal Social Psychological and Personality Science.

I see four directions for evolving empathy and using it to heal and transform civilization:expanding empathy itself,spreading empathic practices,creating cultures that evoke empathy, andcreating social systems that promote empathic outcomes whether or …

In our conversation, Kolko talked about how a balance of process, empathy, theory, and tactical design skills can prepare designers for success in more traditional design roles and beyond. Kolko is a firm believer in an empathy-based, user-first approa…

A Stanford study found that when men were told that poverty hurts everyone in society, their concern and willingness to contribute money increased, effectively closing a gender gap in charitable giving.Research findingsOverall, men were less willing to…

The difference between the thought process embedded in EDCA (Service Design) and the other disciplines of Lean can be summed up in one word: Empathy!It is a major differentiator between the traditional process methodologies of Six Sigma, and I say this…