Home » News » Help Others.org: The Veteran Who Just Wanted To Be Seen — A Kindness Story 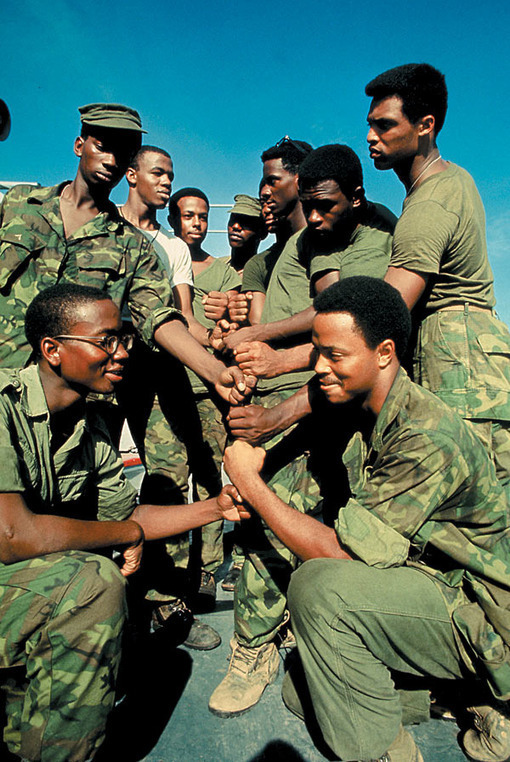 This happened about four or five years ago. I had been involved in “Non Violent Communication” for a couple of years. I was struggling as I still do with finding a natural and seamless way of connecting with people through compassion and empathy in everyday encounters; trying not to assume I know what someone needs but being willing to ask.

Walking through the lobby of an office building in San Francisco I could hear a man screaming and shouting obscenities. He was so loud his voice penetrated the sounds of mid-day traffic and the double glass doors leading to the street.

Heading through those doors I saw a double amputee hunched over on one of those little rolling platforms auto mechanics sometimes use to scoot under cars. He was gesturing erratically at pedestrians as they approached and yelling profanities as they veered as far away from him as they could get while still staying on the sidewalk.

Trying to avoid him I hugged the building and tried to melt into the crowd, hoping he wouldn’t notice me. I don’t know if his volume actually rose or it was just my imagination but his words surrounded me. With every step they seemed louder.

“I lost my legs In Nam! Why can’t you help me?” he roared (with added expletives!)

Two more steps and I’d be at the corner and out of range. Then something shifted in me and, to my surprise. instead of making my escape I stopped, turned and walked back towards him. Crouching down I put a few bucks in his cup and asked him if he just wanted someone to stop and listen to him.

“Don’t you think I at least deserve that?” he shouted. “I went to Nam!” There was a pause as he caught his breath. “I was a kid. I came home with no legs! And they won’t even look me in the eye!” He paused again as he struggled to get the words out. “… I did it for them …”

Looking into his gnarled, dirt-stained, unshaven face I guessed he was just a few years younger than me. I imagined our shared experiences as black youngsters growing up in the fifties and sixties. Had he, like me, shivered with fear when Emmet Till was killed in Mississippi? Was he also anxious when Ruby Bridges was escorted into that schoolhouse in New Orleans. Had he cried when John Kennedy, Martin Luther King, and Robert Kennedy were assassinated?

I was also aware of our differences highlighted by his ragged clothes and his paper cup for spare change.

I asked if he just wanted to be seen and heard after all he had come through. His voice dropped and he nodded and whispered, “Yes … yes.”

With a calm steady gaze he looked me in the eyes as tears spilled over his wizened cheeks. He clasped my hands in his.

Spare change would help but simply being seen and heard can be what some of us long for most of all.

Psychologists have conducted research which shows that money can’t buy happiness. That is, once you have enough money to meet your basic needs, having more money will impact your level of happiness only slightly. However, Elizabeth Dunn, an …

When stress strikes, self-care often takes a backseat. “The ability to care for oneself is predicated on the ability to consistently go inward and listen to what is there with open, compassionate ears,” said Amy Pershing, LMSW, ACSW, …

Looking back, I can better appreciate the incredible amount of grace my parents have shown.See it on Scoop.it, via Radical Compassion

Tara Bennett-Goleman and Daniel Goleman explain the science behind “mind whispering”—a technique for overcoming self-defeating habits of mind.See it on Scoop.it, via Radical Compassion