Home » News » Gut feelings: the future of psychiatry may be inside your stomach 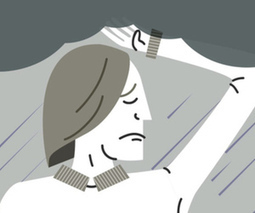 Her parents were running out of hope. Their teenage daughter, Mary, had been diagnosed with a severe case of obsessive–compulsive disorder (OCD), as well as ADHD. They had dragged her to clinics around the country in an effort to thwart the scary, intrusive thoughts and the repetitive behaviors that Mary felt compelled to perform. Even a litany of psychotropic medications didn’t make much difference. It seemed like nothing could stop the relentless nature of Mary’s disorder.

Their last hope for Mary was Boston-area psychiatrist James Greenblatt. Arriving at his office in Waltham, MA, her parents had only one request: help us help Mary.

Greenblatt started by posing the usual questions about Mary’s background, her childhood, and the onset of her illness. But then he asked a question that no psychiatrist ever had: How was Mary’s gut? Did she suffer digestive upset? Constipation or diarrhea? Acid reflux? Had Mary’s digestion seemed to change at all before or during her illness? Her parents looked at each other. The answer to many of the doctor’s questions was, indeed, “Yes.”

That’s what prompted Greenblatt to take a surprising approach: besides psychotherapy and medication, Greenblatt also prescribed Mary a twice-daily dose of probiotics, the array of helpful bacteria that lives in our gut. The change in Mary was nothing short of miraculous: within six months, her symptoms had greatly diminished. One year after the probiotic prescription, there was no sign that Mary had ever been ill.

Her parents may have been stunned, but to Greenblatt, Mary’s case was an obvious one. An imbalance in the microbes in Mary’s gut was either contributing to, or causing, her mental symptoms. “The gut is really your second brain,” Greenblatt said. “There are more neurons in the GI tract than anywhere else except the brain.”

Greenblatt’s provocative idea — that psychiatric woes can be solved by targeting the digestive system — is increasingly reinforced by cutting-edge science. For decades, researchers have known of the connection between the brain and the gut. Anxiety often causes nausea and diarrhea, and depression can change appetite. The connection may have been established, but scientists thought communication was one way: it traveled from the brain to the gut, and not the other way around.

But now, a new understanding of the trillions of microbes living in our guts reveals that this communication process is more like a multi-lane superhighway than a one-way street. By showing that changing bacteria in the gut can change behavior, this new research might one day transform the way we understand — and treat — a variety of mental health disorders.

For Greenblatt, this radical treatment protocol has actually been decades in the making. Even during his psychiatric residency at George Washington University, he was perplexed by the way mental disorders were treated. It was as if, he said, the brain was totally separate from the body. More than 20 years of work treating eating disorders emphasized Greenblatt’s hunch: that the connection between body and mind was more important than conventional psychiatry assumed. “Each year, I get more and more impressed at how important the GI tract is for healthy mood and the controlling of behavior,” Greenblatt said. Among eating disorder patients, Greenblatt found that more than half of psychiatric complaints were associated with problems in the gut — and in some patients, he says he has remedied both using solely high-dose probiotics, along with normalizing eating.

Greenblatt’s solution might strike us as simple, but he’s actually targeting a vast, complex, and mysterious realm of the human body: around 90 percent of our cells are actually bacterial, and bacterial genes outnumber human genes by a factor of 99 to 1. But those bacteria, most of which perform helpful functions, weren’t always with us: a baby is essentially sterile until it enters the birth canal, at which point the bacteria start to arrive — and they don’t stop. From a mother’s vaginal microbes to hugs and kisses from relatives, the exposures of newborns and toddlers in their earliest years is critical to the development of a robust microbiome.

In fact, recent research suggests that early microbiome development might play a key role in at least some aspects of one’s adult mental health. One 2011 study out of McMaster University compared the behaviors of normal eight-week-old mice and mice whose guts were stripped of microbes. Bacteria-free mice exhibited higher levels of risk-taking, and neurochemical analysis revealed higher levels of the stress hormone cortisol and altered levels of the brain chemical BDNF, which has been implicated in human anxiety and depression. “This work showed us that anxiety was normal, and that the gut-brain axis was involved in that,” Jane Foster, the study’s lead author, said. “Everybody knew that stress and anxiety could lead to gastrointestinal symptoms, but we looked at it from the bottom up and showed that the gut could communicate with the brain. It was the first demonstration that the gut itself could influence brain development.”

Subsequent research out of McMaster further enforces those findings, by showing that swapping one mouse’s gut bacteria with that of another can significantly alter behavior. Researchers transplanted microbes from one group of mice, which were characterized by timidity, into the guts of mice who tended to take more risks. What they observed was a complete personality shift: timid mice became outgoing, while outgoing mice became timid. “It’s good evidence that the microbiota houses these behaviors,” Foster said.

While researchers have established a compelling link between gut bacteria and mental health, they’re still trying to figure out the extent to which the human microbiome — once it’s populated in early childhood — can be transformed. “The brain seems to be hardwired for anxiety by puberty and early adolescence,” Foster said. If the microbiome is part of that hardwiring, then it would suggest that once we pass a certain threshold, the impact of bacterial tweaks on problems like depression and anxiety might wane.

In one Japanese study, for instance, researchers were only able to change the baseline stress characteristics of germ-free mice until nine weeks of age. After that, no variety of bacterial additions to the mice’s guts could properly regulate stress and anxiety levels. The explanation for this phenomenon might lie in what’s known as “developmental programming” — the idea that various environmental factors, to which we’re exposed early on, greatly determine the structure and function of organs including the gut and the brain.

“There are changes that happen early in life that we can’t reverse,” said John Cryan, a neuroscientist at the University of Cork in Ireland and a main investigator at the Alimentary Pharmabiotic Centre. “But there are some changes that we can reverse. It tells us that there is a window when microbes are having their main effects and, until this closes, many changes can be reversed.”

Even if our gut bacteria carries the biggest influence when we’re young, experts like Greenblatt and Cryan are still convinced that tweaking these bacteria later in life can yield profound behavioral and psychological changes. In a study led by Cryan, anxious mice dosed with the probiotic bacterium Lactobacillus rhamnosus (JB-1) showed lower levels of anxiety, decreased stress hormones, and even an increase in brain receptors for a neurotransmitter that’s vital in curbing worry, anxiety, and fear.

John Bienenstock, a co-author on that study, compared the probiotics’ effects to benzodiazepines like Valium and Xanax. “The similarity is intriguing. It doesn’t prove they both use the same pathway [in the brain], but it’s a possibility.”

Although plenty of questions remain, the benefits of using probiotics to treat human behavior are becoming increasingly obvious. Yogurts like Dannon’s Activia have been marketed with much success as a panacea for all of our intestinal ills. Other probiotic supplements have claimed to support immune health. Probiotics’ potential to treat human behavior is increasingly apparent, but will manufacturers one day toss an anxiety-fighting blend into their probiotic brews?

It’s a distinct possibility: in one 2013 proof-of-concept study, researchers at UCLA showed that healthy women who consumed a drink with four added probiotic strains twice daily for four weeks showed significantly altered brain functioning on an fMRI brain scan. The women’s brains were scanned while they looked at photos of angry or sad faces, and then asked to match those with other faces showing similar emotions.

Those who had consumed the probiotic drink showed significantly lower brain activity in the neural networks that help drive responses to sensory and emotional behavior. The research is “groundbreaking,” Cryan said, because it’s the first trial to show that probiotics could affect the functioning of the human brain. Still, he notes that the results need to be interpreted with care.

As the research community increasingly lends credence to Greenblatt’s ideas, and public awareness about gut bacteria grows, he’s confident we’ll soon know more about the power of probiotics. “Because of the commercials and the other information that’s out there, patients are beginning to ask,” he said. “They’re much more aware of how important probiotics are.”

Whether all of our mental woes respond to probiotic treatment as dramatically as Greenblatt’s patient Mary remains to be seen. “We have to be very cautious in this field not to be too hyperbolic about what we promise,” Cryan said. Indeed, scientists still aren’t sure exactly which microbial species are part of a healthy microbiome, nor do they know whether certain bacterial strains are absolutely vital to mental functioning, or whether the right balance is what’s key. Furthermore, research still hasn’t parsed which illnesses might be affected by the microbiome and, therefore, treatable using probiotics.

“There are beginning to be suggestions that this type of probiotic treatment is worth pursuing,” Bienenstock said. “Whether we can use this to improve people’s lives, well, the door is just beginning to open on this.”

Sitting in a circle has an equalizing effect, allowing everyone to see each other clearly, inviting connection. It has a different feeling than sitting in rows to hear a presentation, or sitting in a courtroom facing a judge. There isn’t anywhere…

Resilience allows you to weather the bumps of life. Leaders need to be resilient to help others become and stay resilient. I’ve been lucky in life that I had a number of leaders (many without a title) who helped me to be resilient and to pay it f…

There seems to be wide support for the idea that we are living in an “age of complexity”, which implies that the world has never been more intricate. This idea is based on the rapid pace of technological changes, and the vast amount of info…