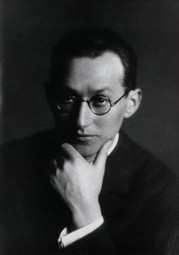 For the last few weeks, I’ve written about a simple idea: far from being automatic,empathy often requires a choice to engage with others’ emotions.  This choice, in turn, depends on would-be empathizers’ desire to connect with others even when doing so is painful or costly.  I think a “choice model” can change how we view many key features of empathy (for instance, its failures in disorders such as autism).  In closing this 3-part series, I want to consider another implication: concerning how we might intervene to “grow” people’s empathy.

For many scientists studying empathy, this is the million-dollar question.  Is empathy fixed, or can scientists offer ways to increase it?  This is especially critical in domains where empathy is often lacking, such as our increasingly polarizedpolitical arena or (if memory serves) middle school.  Interestingly, evidence that empathy can change comes from a recent study bleakly demonstrating that college students’ self-reported empathy has plummeted over the last 40 years.  The good news is that what goes down can also come up: if empathy is malleable, there should be ways to systematically increase it.  But how?

A flurry of recent interventions has been targeted at answering this question.  Such interventions often rest on the popular model I’ve contested in these posts, under which empathy comprises (i) skill at understanding others’ emotions, and (ii)automatic tendencies to share those emotions.  If you follow this logic, trying to change the automatic “pieces” of empathy is as pointless as trying to speed someone’s reflexes.  Instead, interventions typically aim to improve skills, for instance teaching people how to recognize emotions based on facial expressions, or giving people feedback about when they’ve succeeded or failed at understanding someone else.  These interventions have had mixed success, with very few producing stable, long-term changes in people’s empathy.

A “choice model” totally reframes this discussion, and suggests that instead of trying to make people better at empathizing, interventions should focus on making empathy more desirable.  This idea is not new.  More than half a century ago, Kurt Lewinsuggested that people’s behavior represents a push and pull between different psychological “forces” (or motives) that drive them towards and away from that behavior.  Lewinian psychology, then suggests that interventions should focus on increasing the motives that push people towards empathy, and decreasing the forces that pull them away from empathy.  Deborah Prentice and Dale Miller brilliantly describe this approach as increasing “psychological subsidies” and decreasing “psychological taxes” associated with a behavior: in this case, empathizing.

One powerful way to “subsidize” any behavior is to frame it as socially desirable.  Social norms are powerful enough to make individuals do anything from buying flowers for hundreds of dollars to standing backwards in an elevator. So, too, can norms shift people’s empathy.  Take two of my favorite studies on empathy and gender.  In one, Bill Ickes and his colleagues challenged the old assumption that women are more empathic than men.  Ickes and his colleagues reasoned that instead of being better at empathizing, women might be more motivated to do so, because traditional gender roles suggest that they should be empathic.  To test this, Ickes gave people two types of empathy tasks: ones that were described as measures of empathy ahead of time, and ones that were not.  Consistent with a “choice model,” women only scored higher on empathy when they were told the nature of the test, and were thus likely motivated by social norms.  In a separate study Geoff Thomas and Gregory Maio used a similar strategy to increase men’s empathy.  In their study, men took an empathy test after either being told that women found emotionally in-touch men to be attractive, or after not being given such information.  This “sensitive is sexy” manipulation powerfully (and hilariously) improved men’s performance on a later empathy test.

These studies might appear to be “tricking” people into increasing their desire for empathy based on made-up or outdated norms, but it’s just as easy to motivate empathy through real-world information.  Over the last decade, a groundswell of research has demonstrated that empathy and generosity really do benefit individuals, making teens better adjusted, improving inter-group interactions, and even fostering longevity.  This information—given undiluted to participants at the right time—could provide the right motivational “kick” that drives people to choose empathy.

The 2012 Presidential election is the most fractious in memory—just another example of the partisan rancor ruling national politics today. (“Washington is broken,” stated Republican senator Olympia Snowe of Maine, a noted moderate, as…

A revolution in brain science has led to the discovery of new ways to stop persistent pain.   Ken Ng was 12 when he had his left leg amputated below the knee to stop the spread of bone cancer. It was the start of a long journey of pain. Phantom s…

Why prestige is the enemy of passion, or how to master the balance of setting boundaries and making friends.   “Find something more important than you are,” philosopher Dan Dennett once said in discussing the secret of happiness, &ldq…

While Facebook’s rise took many by surprise, its success was little surprise to the hundreds of researchers who study social interactions in neuroscience labs across the country.   Here’s how social the brain is: the brain network that is always …