Home » News » Frontline, Emeritus and the question of empathy 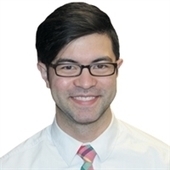 Its easier to have empathy for people if you know specific things about them. Longterm care providers know this, and it is behind many valuable programs to learn more about residents lives.

Social scientists also know this to be true. They refer to the “identifiable victim effect,” which states that we’re more likely to feel empathy for a particular individual with specific traits than for a mass of nameless, faceless victims. The classic example is that people will generously donate to fund an operation for a brown-haired, blue-eyed six-year-old girl, but will do nothing when they hear a loss of tax revenue will lead to an unspecified number of deaths at a hospital that lacks funding.

It’s one of two necessary emotional competencies. But if you really want to improve how people work together at meetings, you’ll need to rely on—and maybe develop—a couple of key emotional intelligence competencies: empathy…

A class of Sydney schoolchildren reflect on the power of empathy in ending poverty and creating a more equal world.These Class 4 students were the first to take part in a new primary school curriculum on global empathy developed by The Shared Initiativ…

One thing that would help enormously would be a more compassionate approach to preventing crime. To take a proactive approach and target things like poverty and inequality, the very things that drive people to dishonest ways of living.Compassion isn’t …

Listening is the most underrated of leadership skills, leading to a disconnect between leaders and the situation. Otto describes four levels of listening. This is essential viewing for anyone desiring to truly understand situations.See it on Scoop.it, …