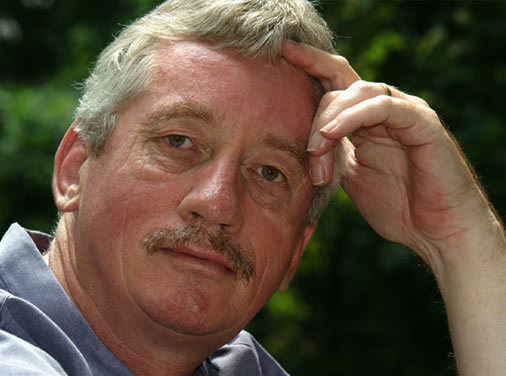 Are humans unique – or really not that different from other apes?  Primatologist Frans de Waal says chimps & bonobos share many of our traits, including empathy and a sense of fairness.  He describes some of his research that challenges assumptions about human exceptionalism.

“Paulson: You’re talking about empathy here – the capacity to recognize another chimpanzee’s pain or difficulties, and then to help that animal.

de Waal: Yeah. Empathy is one of those traits that humans over-estimate the complexity of. And that’s why if you tell the average psychologist, you say that there is empathy in animals, they will say that’s not possible. Because they think empathy means that you consciously put yourself in the shoes of somebody else. Now we know from human research that is not the case. In human research we know that there’s a lot of empathy, automatic empathy responses.

We’ve all been there. You get so into a novel that you are totally immersed, so far down the rabbit hole and into the story that you’re emotionally invested in its characters. Hooked. It turns out that losing yourself in a work of fiction could make yo…

I do not own any rights to this interview. I could not find this exact interview anywhere on YouTube, so I decided to upload it. This was found on the Facebook page: The Work of the People.This is an interview with scholar, author, and public speaker, …

A study has shown that breathing in a compound containing oxytocin makes women calmer and friendlier and men more sensitive during arguments.   Scientists might be a bit sniffy about this latest research, but a nasal spray containing a hormone can…

NEMO is developing new ways to digitise and transmit emotion online.The team is planning small add-ons for digital interaction platforms that would consider emotions.This way participants in online discussions could see or even experience the emotions …